Vietnamese filmmakers should quit blaming the censors and learn to make scary movies without relying only on blood and guts. A critical analysis from Thuy Linh of Thanh Nien News, about horror cinema from the Vietnamese diaspora. Originally posted on Friday, August 05, 2011 07:00:00.

This post also features the illustrations of Jiny Ung. diaCRITICS is thrilled to have her work grace some of our posts. Jiny Ung specializes in mold-making and animation. She has done production and design work for short films in Southeast Asia. Current animation projects focus on themes of guilt, loss, and queer heroes in the form of fruit-robot-animal hybrids.

The teenage girls I spoke with after seeing Vu Thai Hoa’s Giua hai the gioi (Between two worlds) in Hanoi last Saturday sounded like they had just stepped off a roller coaster.

“It was fun,” one of them said, laughing. They could barely contain the excitement in their voices. They told me they had screamed during several scenes, and then laughed at themselves for being fooled.

These are some encouraging signs for Vietnamese cinema’s latest crack at the horror genre, a story about the ghost of a girl returning for revenge against the man who raped and murdered her.

But a wronged female ghost seeking revenge is perhaps the most common plotline in Vietnamese horror movies. The films generally sell well here, though there’s certainly room for improvement.

Hard-core horror fans and critics say that horror films by Vietnamese filmmakers aren’t fun but funny (they’re laughing at them, not with them). They’re made laughable by poor acting, clumsy make-up, rudimentary visual effects, and scripts that are everything but scary. For these shortcomings, local filmmakers blame thin wallets and the scariest monster in the film industry: censorship. They say that acting and visuals can be improved with time, but as long as the cruel censors continue to dismember films by cutting out anything too sexual, bloody, or even superstitious, horror films will be horrible and horrific, but not horrifying.

The most famous gutting of a film in Vietnam came when the censors chopped up Muoi: the Legend of a Portrait, a 2007 South Korean-Vietnamese production directed by Kim Tae Kyeong. The film, also about the ghosts of wronged women seeking revenge, was supposed to mark the comeback of the horror genre in Vietnam after a lull in scary films since the early 1990s.

But by the time it hit theaters in Vietnam, several key scenes had been deleted: 1) a jealous woman breaking the right leg of her fiancé’s lover, 2) a Buddhist monk being cut in half and 3) a woman being strangled to death by a scarf caught in a motorbike wheel. 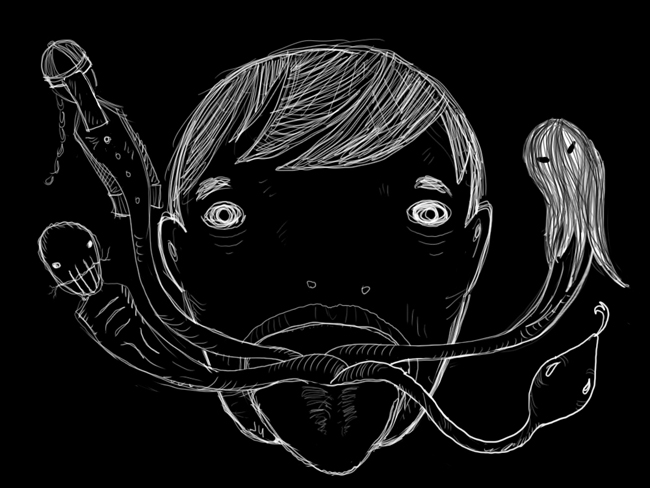 For those who equate horror with violence, and sex, there thus seems to be no future for horror cinema here. But Vietnamese-American Victor Vu is making horror films without blood, sex and gore, and they could begin to sew the seeds of a reinvented, and potentially better, horror genre in Vietnam.

Vu’s earnest fascination with the possibility that the supernatural does exist is convincing as he treats the serious Buddhist philosophy of karma with the genuine care and respect it deserves. His world of horror is a never-ending circle of cause and effect in which human beings cause pain to one another, which results in ghosts who return to seek justice but along the way cause unjust pain to innocents, who because of their own pain in turn cause pain to other human beings, who will die resentful ghosts to begin the cycle of haunting anew. Considering that Vu released his movies abroad and wasn’t subject to Vietnam’s straight-laced censorship rules, the pictures are surprisingly light on violence and sex – but they’re far scarier than some of the goriest films out there.

A truly good horror movie, or any good movie for that matter, doesn’t do anything gratuitously. Truly good horror movies would deal with real pain and loss, and ultimately, revelation that empowers the audience. We may be horrified, but we come out of the theatre better for it. 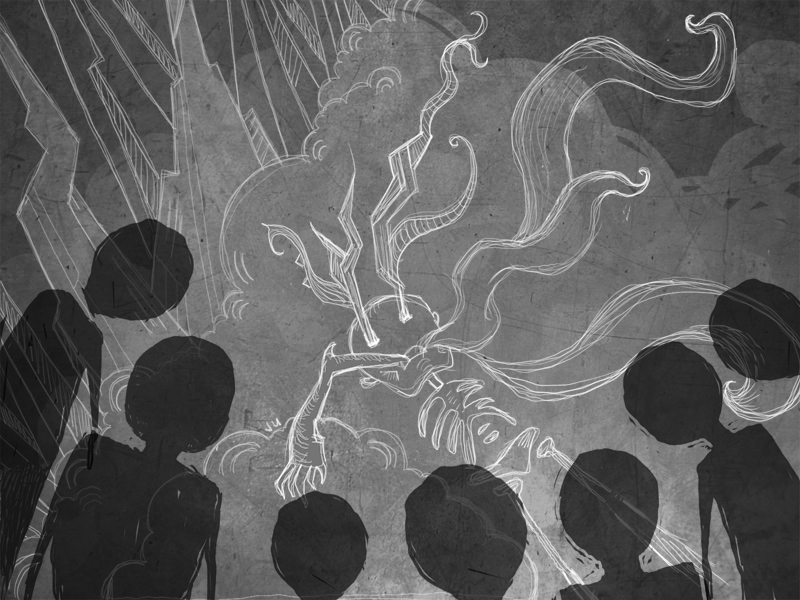 Take, for example, two renderings of Japan’s famous horror story “The Ring.” In the Hollywood version, the wronged female zombie continues her killing spree so far past the point of gratuity that we ask “What’s the point?” It’s as superficially scary as a theme park’s haunted house. But in the second episode titled “Only Child” in Victor Vu’s film of Spirits”, we have a young mother who has many times thrown her aborted fetuses away into the river one day realizes her sins and decides to have a baby. She gives birth to a girl who grows up to be beautiful, but deaf and dumb. The mother cares for the girl until one night, worn out from the care and the pain of seeing the child suffer, she breaks down crying. Then she hears the baby say, distinctly: “You should have thrown me into the river. Like you did all those other times before.” We’re scared by the very real feelings of guilt, regret and insecurity that we all deal with as people.

We can applaud Vietnam’s latest domestic horror attempts such as Giua hai the gioi, for their conscientious effort to improve the technical aspects of the local horror films (sound, camerawork, special effects), but Vietnamese horror directors will have to get over their morbid fear of the censors if they are to deepen the sincerity and emotive depth of their films. They shouldn’t be discouraged if some gratuitous rape or gory scenes are cut, but rather, devote more time to coming up with a villain that is anything else but the vengeful ghost of an innocent female victim.

Thuy Linh lives and works in Hanoi. She graduated from UMass Boston with a BA in English and has a Certificate in Screenwriting from the Film Studies Program, a 10-month program of the Hanoi University of Social Sciences and Humanities (in partnership with the Ford Foundation).

She is a translator/reporter/editor for various English newspapers in Hanoi and HCMC such as VietNamNet, Saigon Times, Sai Gon Giai Phong, and Tuoi Tre. At present, she works as a translator/editor for the “fiction” section (translates and edits contemporary Vietnamese short stories) and a film critic for Thanh Nien. This article originally appeared in Thanh Nien.

Please take the time to rate this post (above) and share it (below). Ratings for top posts are listed on the sidebar. Sharing (on email, Facebook, etc.) helps spread the word about diaCRITICS, and join the conversation and leave a comment! How have you experienced the Vietnamese horror genre? It’s incredible that with all of our notorious ghost stories, we still manage to recycle the most cliché of themes.