September 2013 News and Events: socio-cultural, literary, and political news and events relating to Vietnam and to the Vietnamese diaspora (Việt Kiều).

It’s time for our second subscriber drive. We’re looking for 100 new subscribers for
diaCRITICS, and we’ll be giving away prizes to the 25th, 50th, 75th, and 100th new
subscribers. Read more details.

• Bao Minh Nguyen’s web series about the Viet kieu returning to Vietnam to work will be released in early 2014.

• Michelle Phan talks about her how she got started with Youtube and how her dream to save her family led her to her success today.

• A story of how Vince Tran went from boat person to owning a 7-Eleven store in Arlington, virginia.

• A shortage of geriatric nurses in Japan and Germany has caused the two countries to look to Vietnam for training prospective students.

• As supplies of coffee beans decreases, prices of the Vietnamese coffee increases.

• Police-thugs, in a violent religious crackdown, attacked hundreds of Catholics who were demanding the release of two parishioners. 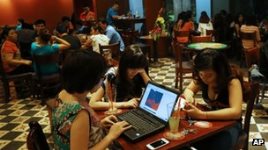 • A BBC correspondent gives his impressions of Vietnam.

• More Vietnamese are developing “a sense of responsibility for society, for the environment.” 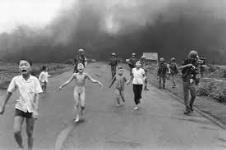 • A professor opines on what American exceptionalism should be.

• Janusz Lewandowski, the Polish diplomat who was sent to Vietnam to explore ways to negotiate peace, dies.