What happened in December 2013: news and events relating to Vietnamese at home and in the diaspora. 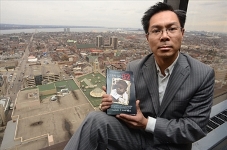 • The Vietnamese community in Edmonton donates money for victims of Typhoon Haiyan in the Philippines. 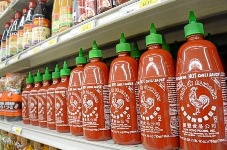 •“Sriracha,” the film, not the hot sauce, premieres on the internet. [HP]

• Crossing the streets in HCMC is a life-threatening activity. [Photo: Bach Duong] 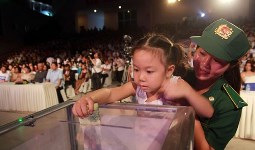 • The online short film festival, YxineFF, has been maturing and gaining viewers. 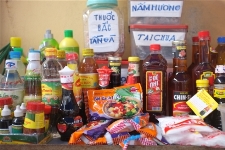 • The Vietnamese government and international donors are looking into using “social marketing” to fight malnutrition. 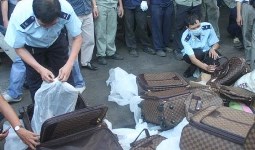 • Chinese copycat products are flooding Vietnam’s market, which has resulted in Vietnam’s trade deficit to China increasing to US$20 billion. [TTN]

• The real estate market may be moving but its Achille’s Heel remains the banking sector. 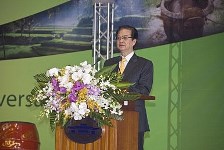 • MUST READ: Once again, to the detriment of its people, the Vietnamese government bows to China’s “soft power.”

• A report confirms that Asian Americans now rank as the “most prolific and impulsive buyers” in the United States (and yet they are still discriminated against by U.S. retailers).

• Excerpts from Howard Zinn’s book, People’s History of the United States, summarize events relating to the Vietnam (American) War from 1964 to 1972.