Duy Nguyen attended Don Nguyen’s stage-reading of “Sound” and gives us a reflection of the evening.

Late Sunday afternoon, in a hot, sweaty little theater called The Thick House, the Playwright Foundation wrapped up its festival with a reading of Sound. It’s a play dominated by silence and fingers flying in your face.

Though Nguyen composes from conventional elements, a domestic drama (deaf father George, non-deaf-ASL-literate mother Barbara, deaf daughter Allison) and a historical account of somebody famous (Alexander Graham Bell spent time studying the deaf population at Martha’s Vineyard), it’s actually experimental. Obviously, Nguyen is trying to put us hearing folks in to the shoes of the deaf.

Nguyen can hear just fine. So he’s in the same position white writers find themselves in when they try to tell a minority, let’s say Vietnamese people, what their issues are (Oliver Stone’s Heaven and Earth comes to mind). The danger, among a minefield of dangers, is ignoring their actual subjects—they speak to white guilt while leaving the scraps of a “Poor you” theme. The minority in the audience may wind up feeling as alienated from the play as they do in real-life. These well-meaning social justice works may empower the “oppressors” with moral insight, a calling, a crusade; but ironically leave the “oppressed” more fearful, debilitated. Kind of like if you were bitten by a shark and somebody afterwards kept showing you footages of shark attacks: You must’ve been traumatized, it was so painful, poor you… Though well-meaning, it just makes it harder to brave the water again.

Better than nothing, I guess.

So Sound is a difficult task. And Nguyen defies a big theater no-no so that it can hit both deaf and hearing—the pace is obliterated.

The play unfolds slowly, purposefully so, because speed, as Barbara points out, is what separates the world of the deaf from the hearing. Gestures dominates over words and the play recalls silent films and miming, even puppetry. Though ASL is a language in its own right, the rate that someone can sign—oh let’s say, the exchanges in a raucous drunk banter—is about three to five times slower. The play unfolds entirely without “normal” hearing-speed. If a hearing character speaks, his speed is restricted because he must ASL it, too. Or he must slow it down so that the deaf-chorus can ASL to the audience. I think there is only one moment where the play is at “normal” speed, a brief exchange between two hearing people. Imagine that latest drunk banter with all those jokes and strange confessions… slowed to the pace of an old sleepy priest. Words begin to fall differently on the mind, feelings too, like how the same music notes can unfold Presto or Grave. 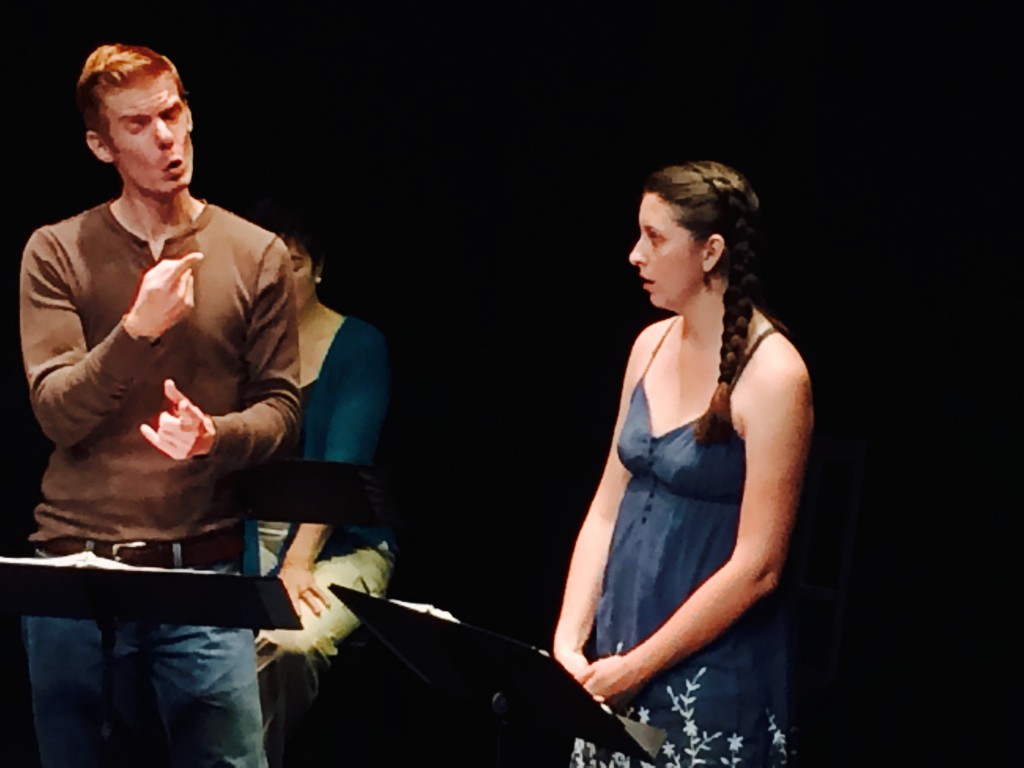 But my ASL friend tells me my interpretation is bullshit. ASL has a layered-ness—facial gesture, eyes, maybe nose wiggles, I don’t know—which makes up for speed with density. Well…

To some hearing-audience, killing the pace may kill the play. It buried it for my friend who left at intermission. It thrilled me a bit more—because often the deaf audience would laugh a few words before I do. Or at something else altogether. There’s two plays operating at once. 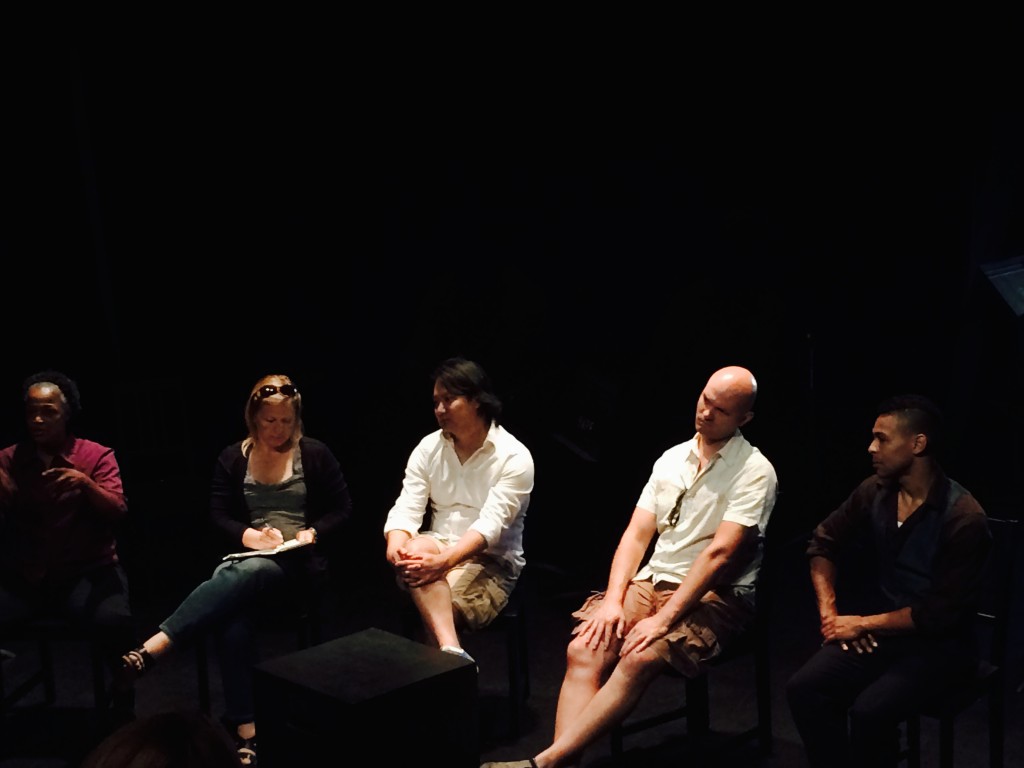 The discussion afterwards revealed much of the audience was deaf and it was one of the more interesting Q&A’s I’ve been to. The politics emerged as to how society operates on the assumption of a deficit deafness, a theme that was represented by Bell’s “deafism”—he saw it as a defect we had a moral duty to fix. Not a language. Nguyen’s play definitely does not make that mistake and seems to succeed in speaking directly to the deaf. No, “poor you.” They owned it, giving their opinions to Nguyen forcefully, and their blessings, too.

Please take the time to share this post. Sharing (on email, Facebook, etc.) helps spread the word about diaCRITICS. Join the conversation and leave a comment! What did you think of Don Nguyen’s SOUND? Was it able to portray a minority community with respect and integrity?