An Open Letter to the President

Reverend Chuong Hoai Nguyen of the Salesians of Don Bosco Society has written an open letter to President Trump on the recent refugee ban, as well as his own experience as a refugee escaping Saigon. Read his letter below or view the original letter here. 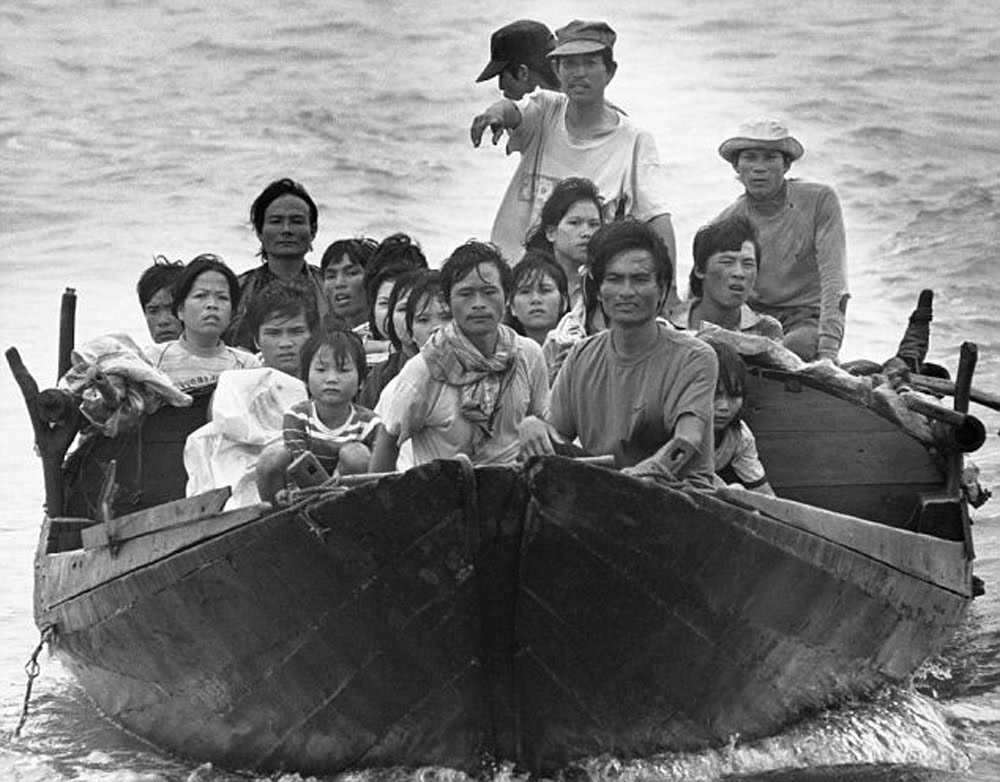 January 27 was the beginning of the Vietnamese New Year we call Tết, a traditional time to celebrate and look with much hope and joy to the new year. On that morning, you signed an Executive Order that indefinitely suspends admission for Syrian refugees and limits the number of other refugees into the United States. My heart and my soul were frozen. I have heard many stories you shared during your campaign to make America great again. I am writing today because I am one of those stories.

I am a refugee. I am one of the hundreds of thousands of “boat people” who fled Viet Nam. On April 29, 1975, the day before the “fall of Saigon,” my parents led me, my brothers, and my sisters (ages 6–21) on that perilous journey into the unknown. Our overcrowded boat had no captain and no crew; my father, brothers, and many others became seamen on that weeklong trip. We had little food or water. We were lucky to have even gotten on that boat. My parents had already fled North Viet Nam in 1953, and were again fleeing the Cộng Sản and Communist rule.

Becoming a refugee is a choice one makes when there are no other options.

The U.S. 7th Fleet watched over our vessel and guided us from international waters to Subic Bay where we were warmly welcomed as political refugees. We were fortunate. We survived—unlike the estimated 200,000–400,000 refugees who died at sea. We were given the gift of life, and we have not squandered that gift.

I am grateful for the millions of American soldiers who defended the Republic of Viet Nam, especially the 58,220 service men and women who lost their lives. Though I have questioned U.S. involvement in our civil war, for the past 42 years I have done my best to make America great. I became a member of the Salesians of Don Bosco Society in 1978 (SDB.org). As a young priest, I wanted to become a U.S. military chaplain in order to give back to the men and women who dedicate their lives to defending our freedom. Over the past 30+ years, I have taught at high schools and colleges in Massachusetts, Louisiana, New York, New Jersey, and Florida. I am presently Director of Youth Ministry and Youth Retreat specialist at St. Joseph Salesian Youth Renewal Center, in Rosemead, California, and Chaplain for the Vietnamese Catholic community at San Gabriel Mission in the Archdiocese of Los Angeles, California.

In 1993, I founded Youth 117 to promote the heritage and spirit of the sacrifices of Vietnamese Catholic Martyrs and to empower young people to live out their Christian faith in the Church and in the community. My Salesian Brothers and I led Vietnamese-American pilgrimages at World Youth Day in Denver (USA), Rome (Italy), Toronto (Canada), Cologne (Germany), Sydney (Australia), Madrid (Spain), Rio de Janeiro (Brazil), and Kraków (Poland).

In 1983, I co-founded Lửa Việt Youth Association (luaviet.org), a non-profit organization, to build community among Vietnamese-American youths in the U.S. and to create a network of talented volunteers dedicated to providing humanitarian assistance to the needy in Viet Nam. In 1996, we teamed up with Project Vietnam (projectvietnam.org) on annual medical missions to underserved provinces in Viet Nam. Lửa Việt volunteers and Vietnamese-American Boy Scout troops and leaders, with the support of Vietnamese-American NGOs, aided Hurricane Katrina victims during its widespread destruction and aftermath. In addition, with the support of many benefactors and volunteers, Lửa Việt has led missions to assist victims of global natural disasters such as the torrential floods in Central Viet Nam (1998, 1999, 2002, 2005–2007), the Indian Ocean tsunami (2004), and the earthquakes in Haiti (2010) and Japan (2011). Lửa Việt, together with other volunteer groups, will once again embark on Project Vietnam’s annual medical mission in February–March 2017.

Yes! I am a refugee. I am an American and I have made America great in my own way for the 42 years since I was granted asylum in this great country. But now, I would like to relinquish my U.S. citizenship and ask that you grant it to a Syrian refugee. I am certain that they, like all refugees, will not squander this gift of life. I believe they will also help make America great, alongside your children and grandchildren.

I intend to ask my religious leader to grant me permission to continue my mission in one of the seven banned majority-Muslim countries on your list of people barred from entering the U.S. In this, I ask your blessing.

You, your family, your administration, and our nation continue to be in my daily prayer.