OUT OF THE MARGINS :: Disappearing Saigon

In our March essay, Tuan Phan meditates on erasures and progress, history and modernity, and what is or is not disappearing, in a changing Saigon where trees (and the memories of trees) stand as diligent, time-bearing witnesses. You can read more of Tuan’s writing at: https://itsaphanlife.com/ 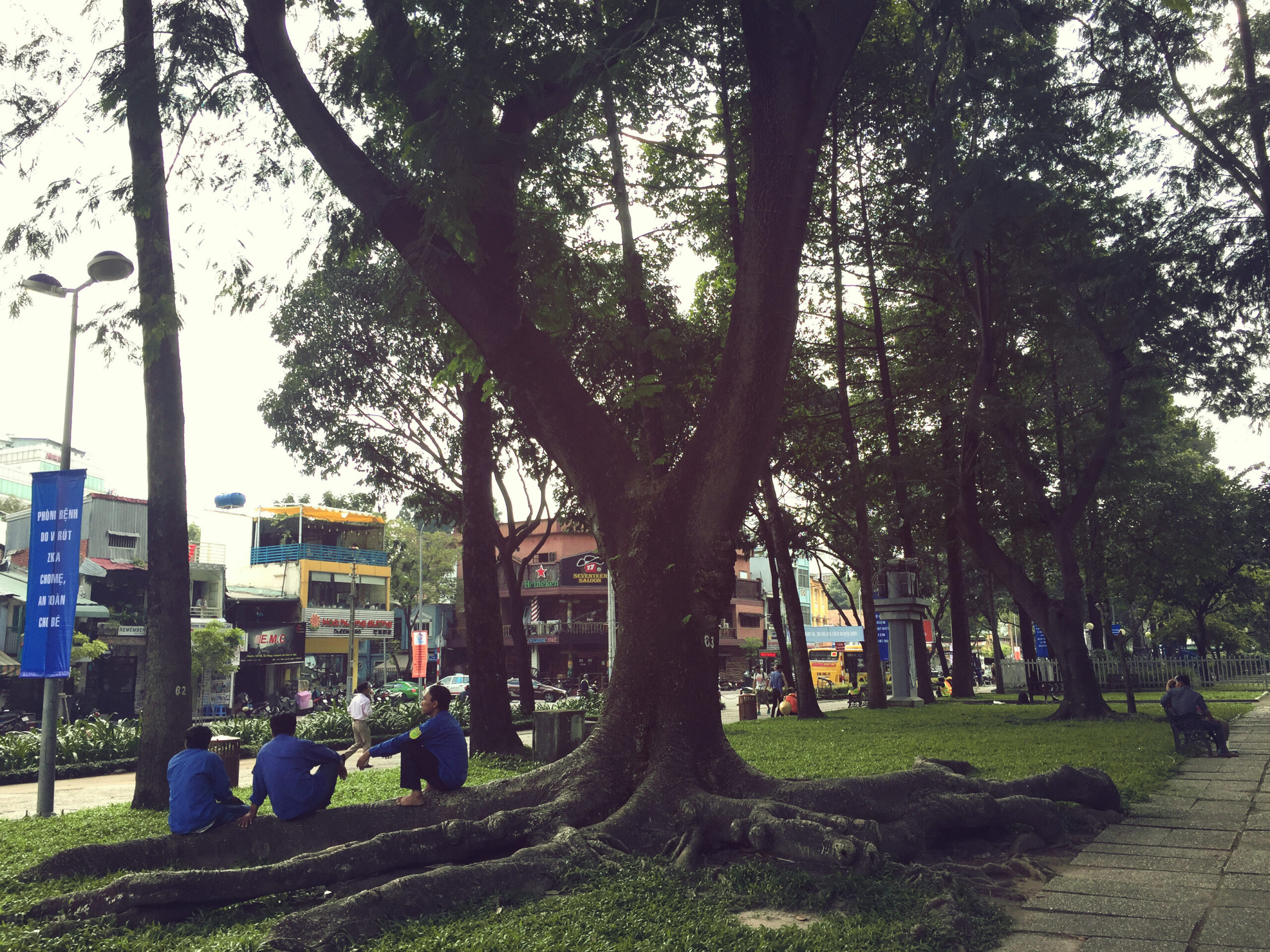 It had rained hard for hours, and now the monsoon accumulation gushed through the streets and sidewalks of District 1. I was caught in the downpour while riding my motorbike through the boulevards of Saigon, wide lanes relatively devoid of traffic on this wet working day.

After the rain, I could feel the tall forms of the trees along the boulevard looming above me, dark and solidly permanent in contrast to the brooding, mercurial sky beyond. Sections of the boulevard were shaded by some of the tallest dau nuoc, the same trees that were here when I was a child. I remembered them as giants of the streets of my childhood, even then.

“Nhung cay nay quy lam, con”, my mother had once said to me. These trees are so precious, son. She meant, I think, that more than the respite of green in sprawling concrete, the trunks and stems of these trees take on the residual memories of many pasts: mine as my father drove with me under their shelter; hers as she passed under them on her bicycle, a medical student heading to her classes many years before I was born. Perhaps even then they were reminders of her own childhood, for she had moved to the concrete sprawl of Saigon from the always green mountains and hillsides of Da Lat.

Some years ago, at a gathering of young artists, I met a young student intern at the fine arts museum on Nguyen Thai Binh. She was working on a project of her own design called “Saigon Bien Mat”, which translates to “Saigon disappearing” or “Disappearing Saigon.” Tien seemed typical of the young I was meeting in Saigon at the time, whip-smart, sharply ironic, ready with a jocose dig or slanted observation about the absurdities of government and politics. She had graduated from Ho Chi Minh City’s school for the gifted and was in a year’s experience abroad in university in the United States. She was back for the summer doing her internship at the museum.

We talked for some time on what such a project could mean, how we would define “authentic Saigon”, and how it might be “disappearing”. I wondered if she meant to be clever with the name, for Saigon – as a name for this city – had already formally disappeared (even though its appearance in conversations reminds of Ho Chi Minh City’s pre-communist past, for all who still wish to recall it). Perhaps the name “Saigon” is already a gesture towards nostalgia, and thus tacking on “disappearing” is a redundant deed. Saigon disappeared, I suggested, might have a better ring to it.

Defining what is authentically Saigonese is itself a difficult proposition, I continued. To begin with, it is already an amalgam of occasionally conflicting identities. For a city that takes as one of its essential foods a meatier elaboration of a French baguette, its iconic building a cathedral constructed by the French, surrounded by boulevards lined with French architecture, how do we judge what is foreign and what is native, what is Saigonese, and what constitutes the intrusion of fakeness, of non-native constructs? 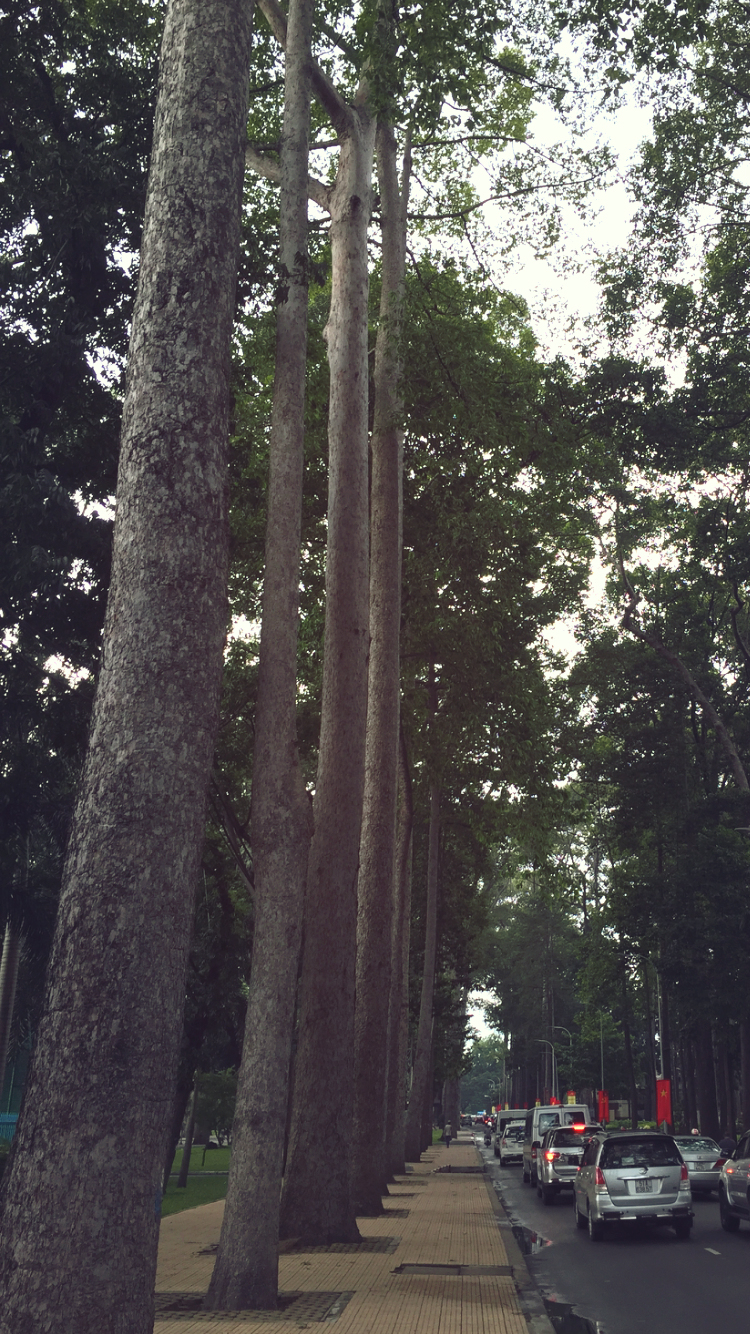 Like my mother’s Da Lat, Saigon is inexplicably tied to its colonial past, and thus to commemorate what is disappearing is to acknowledge this colonial history, too. How far should this nostalgia for the past extend? For the modernist constructions of the Ngo Dinh Diem era are also disappearing, the “hem”s and alleyways are also disappearing. Choosing a particular era of Ho Chi Minh City to commemorate is itself an act of erasing all other possible eras, for the city is continually in flux and has always been so.

She told me, in return, that she wishes to focus on objects and spaces that are discarded in Vietnam’s shuffle towards modernity. The remnants of her Saigon she wished to capture and remember, she said, are worth capturing because the essence of the city of her childhood was now drifting irrevocably into a neutral, bland construct of corporate non-culture, with the loveliest spaces of her past getting demolished to form high rises, with developers and architects coming to do business and drink on rooftop bars and in hipster western restaurants, with kids growing up in outlying districts who are raised as they would be in any city’s suburban space, with no sense of what it means to be Saigonese.

I noted that she was in her twenties, and I told her that it’s difficult for me to witness and feel the changes she felt, because I had been away for so long. The Saigon of my past had already disappeared, existing only in the loose tendrils of my memory that sever upon the slightest tug.

I left Saigon in 1986 and came back 20 years later, a visitor in a foreign world. Like Rip Van Winkle, I woke to a humming mercantile city, with sound and lights that seemed to emit from a science fiction re-imagining of the city of my childhood. The new Saigon I saw seemed crafted from the fantastic imagination of set-makers given bankers’ capital and free play to design and create, with only the barest elements of the past preserved, in fleeting encounters. And I would freely admit: it has been so long ago that I can’t even trust my own memory of what was there, so filled as my memory is with inaccuracies and fanciful creations of my own. I recall the city as eerily silent, for example, with people on bicycles quietly pushing their way to work, a breeze or two from the river easing their laboring sweaty faces, a rumble of a rare motorbike, an occasional mournful call from a barge on the river interrupting the solemn occasion of everyday routines. I picture old women in conical hats on the bridges, selling crabs to bicyclists pedaling leisurely by. Who is to say that this image of the past isn’t simply a contrast created by how different it is to the city that currently exists now?

So, I didn’t describe my nostalgic Saigon to my friend. Instead, I told her of what seemed to have remained, what didn’t disappear, of the Saigon of my past, as far as I could make out.

For one thing, some of the boulevards of the city still preserve those tall trees that I recall as a distinct part of my childhood. Those trees exist so tangibly in my memory and are such Proustian triggers, that upon seeing them, I am immediately jolted into my past.  While looking up admiringly at sky-high umbrellas of foliage, I often get so lost in reverie that I can veer into danger of mortal brushes with other motorbikes, and am awakened only by irate honks from others rushing to get to the places they need to get to.

Ah, she responded. If that’s so, you should walk around Nguyen Hue and the nearby streets. There’s major construction and demolition there right now. There you will see those same trees from your childhood, and mine, being chopped down. They’re almost gone now. So even the old streets of your past, older brother, are disappearing too.

She then described how the government and foreign construction companies were building Vietnam’s first ever metro system, with plans to use it as a conduit to transport citizens back and forth from District 1, the commercial and touristic center of the city, to District 2, its soon to be built financial center. The Pudong to District 1’s Puxi was undergoing construction, and history needed to be cleared to make way. No room for childhood nostalgia in the ever-progressing bright future of Vietnam.

So we talked on, back and forth, until the museum closed in the late afternoon, each of us building our own nostalgia of a city that was growing increasingly out of our grasps.

And indeed, I would leave and return some years later to see a completely transformed Nguyen Hue street, as predicted by my intern friend. It has become Saigon’s first ever walking street.

At night the long avenue yields a view of a standing Ho Chi Minh statue with its single arm upraised, pointing towards the river. Its wide pavement is filled with joyful pedestrians, kids, teens, adults on segways, lit up water spouts, and newly potted plants on the sides that will, one assumes, grow into full grown giants in the future. Their growing canopies observe peaceful routines, constructions of new high rises, and booming economic times, rather than the turmoil of the past.

As of this writing, a motorcyclist can still ride down the tree-shaded boulevards in District 1. On humid, sweltering, indolent afternoons, the tree canopy makes microclimates of cool. Street sellers and xe Honda drivers nap under them, relaxing and waiting for customers. On rainy days, the temperature dips even further under their awning, and one can even feel a chill and find oneself reaching for a shawl or sweater.

As I meander the wide boulevards after the rain, I become one of several dark figures in raincoats passing through, each of us a tiny blotch in a dripping watercolor, an accidental splash on the wide canvas of tall sky and long boulevard of memory. I slow my motorbike and take a mental snapshot of the scene, hoping to commemorate it somehow, but it blurs into my consciousness momentarily and then is quickly lost to the meandering tendrils of other details and concerns of the day, a droplet within the lake of mind and memory. 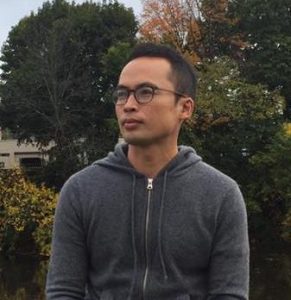 Tuan Phan is a Vietnamese American literature teacher who is taking a year off to write a book and travel. He is based out of Ho Chi Minh City, Vietnam. You can read more of his writing at: https://itsaphanlife.com/

This post is part of diaCRITICS’ Vietnamese American Literary Series, OUT OF THE MARGINS, launched in 2015-16. The series curates literary work from poets, writers and artists of Vietnamese-American and Vietnamese diasporic experience. Our mission is to create an inclusive, diverse, provocative, ongoing space for voices and visions from this community, thus bringing them out of the margins. Dao Strom is the series editor and curator.

on my way to the mountain