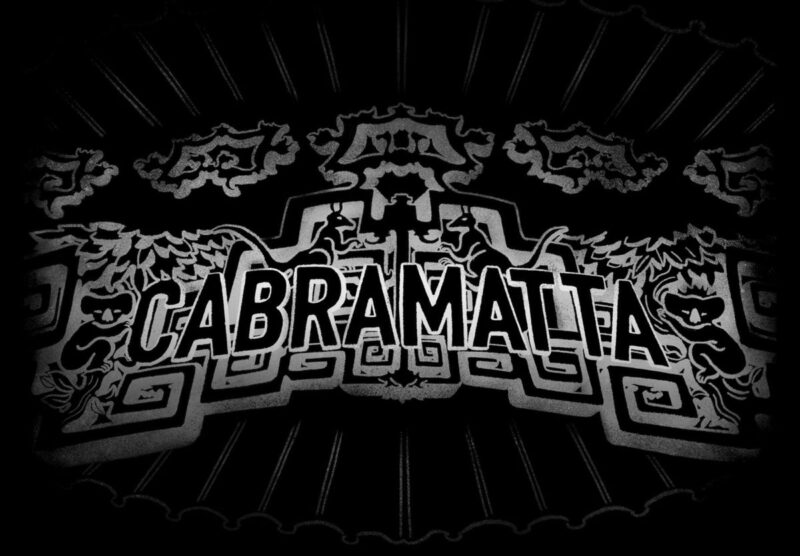 ‘Cabramatta’ is an interactive comic about growing up in a suburb of Vietnam War refugees as it became Australia’s heroin capital. It combines hand drawn illustration with custom sound design, web programming and animation to create an original mobile and web presentation. This interactive comic was commissioned by The Believer Magazine with support from the Tran Thi Oanh Black Mountain Institute Fund and thanks to my editor & AD, Kristen Radtke. The interactive comic premiered as part of University of Nevada’s Black Mountain Institute’s Fall Season. Music and sound design were composed by Kevin Shea Adams. Programming and web design by Ivan Safrin. 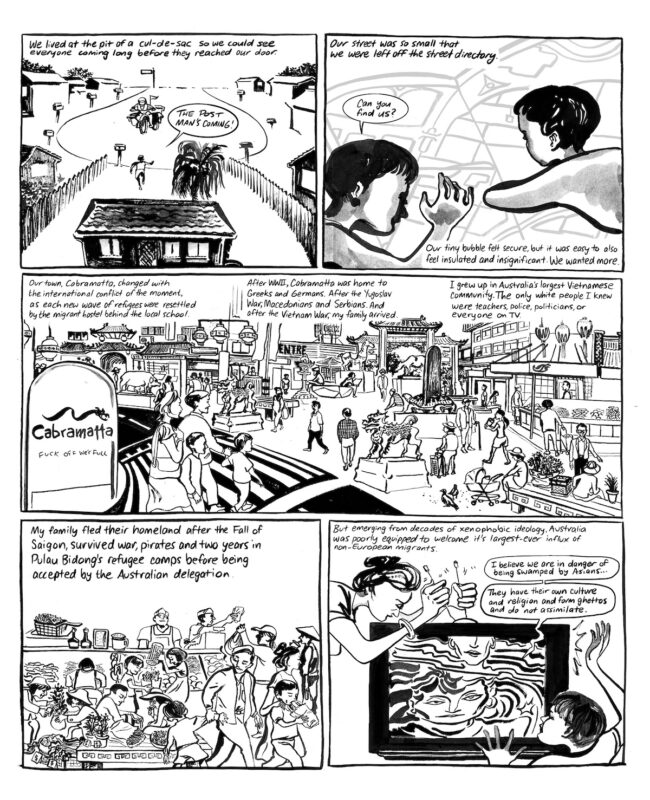 I made this comic for The Believer’s print magazine whilst keeping in mind it would have a life online with animation and sound design. For example, in the magazine panels would control rhythm and what a page turn might reveal. Panels might keep a setting, tone or theme within a page or a spread. Panel sizes and shapes had to work within the physical limitations of a page. I considered the peripheral vision of read and unread moments as the reader moved through the comic. Online, the comic is deconstructed into individual moments as the viewers attention scrolled along each panel in isolation. Differing physical limitations of phone, desktop and tablet screens meant pacing had to be re-adjusted – with scrolls along panoramic panels, for example. 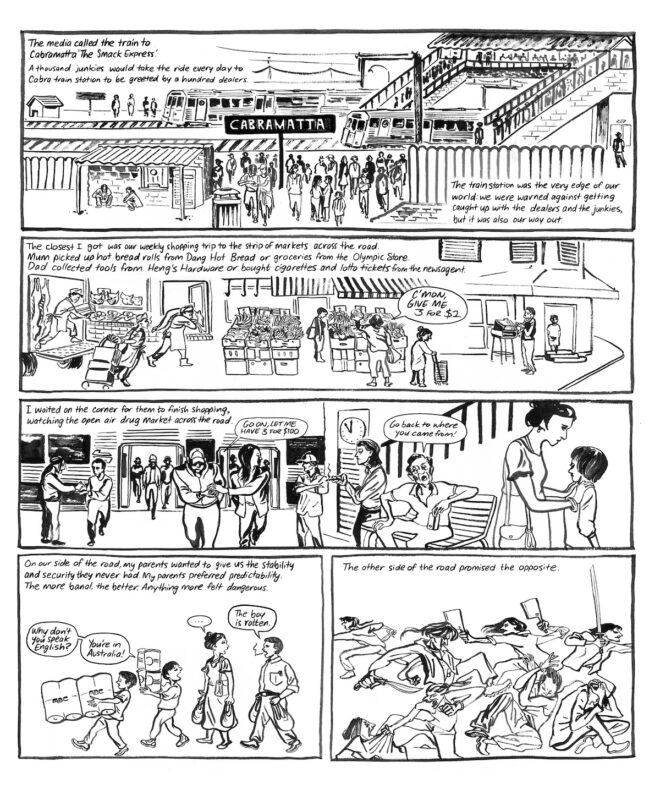 The addition of sound, music and a map on which the comic panels floated helped to pull the isolated moments of the comic together into a cohesive experience, after the panels had been disassembled from the magazine page layouts.

The process of making a comic that could work in print as well as digitally meant I drew pictures with forethought for motion, and lettered dialogue and drew speech bubbles and captions digitally to allow for editorial changes.

Although this is a very specific and personal story that my hometown community in Australia can recognise, I was also telling this story to a new, largely American audience. I wanted to use this specific example as a way to broach the challenges and thinking of the many sides of current migration stories and experiences – from the intimacy of inside a migrant family’s values, decisions and behaviors to politics of their host country’s authorities and institutions, whether the government is promising support or vilifying and ostracizing. 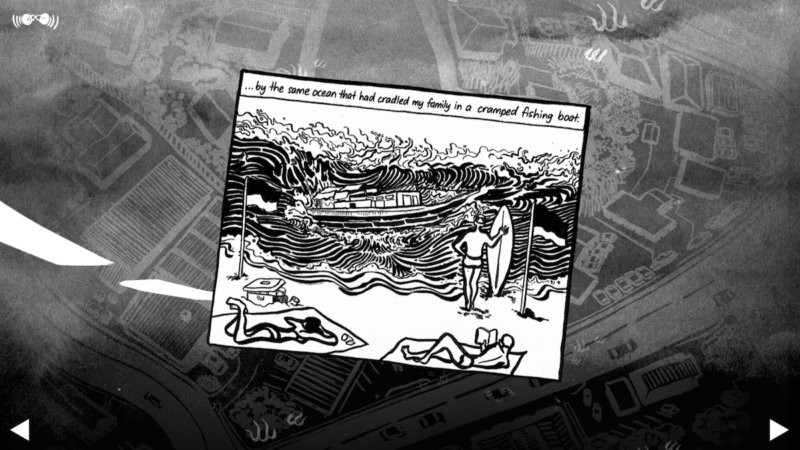 I was conscious that the readership would be much broader and unfamiliar with the historical and political context against which much of Cabramatta’s gangs emerged, became Australia’s heroin capital and infamously led to Australia’s first political assassination. My editor was a great help for me to step outside my own experience and hear what might be confounding to an American audience hearing this story for the first time. There was a delicate balance of including just enough context to hint at larger developments in Australian politics, without becoming bogged down and becoming an impersonal Wikipedia entry.

One way I did this was the use of plenty of quotation marks around phrases typically used to describe the town and community (“ghetto”, “enclave,” “the smack express”, the Viet teens as belonging in “jungles”) as shorthand to conjure doubt over the ubiquitous labels applied to Cabramatta and its people by the dominant media and authorities of the time.

In telling this story for a new audience with many years distance gave me perspecitve on personal memories. A fundamental way this shifted how I might tell this story in another format is having to find a voice that sits somewhere between an omniscient objective narrator, and first person reflection. This is reflected in the visuals too. Scenes where I’m retelling a part of Cabramatta’s history are depicted almost theatrically. They are flatly staged, and the conceit of the scenes being imagined is unavoidable, contrasting against panels from my personal history, where I pull out from myself and picture my younger self as a character.

It was at times difficult to authenticate a lot of my own experiences and memories, and that of my friends and family. So much of the official record on us weren’t recorded by us- memoirs of police detectives and politicians, news clippings from dominant media, fictionalizations in film and art that often center white experiences. Returning to details and memories now can sometimes be unreliable, and it’s difficult to find a consensus on specifics, but I wanted to record and elevate these oral histories from voices that hadn’t before been empowered to communicate our direct experiences. 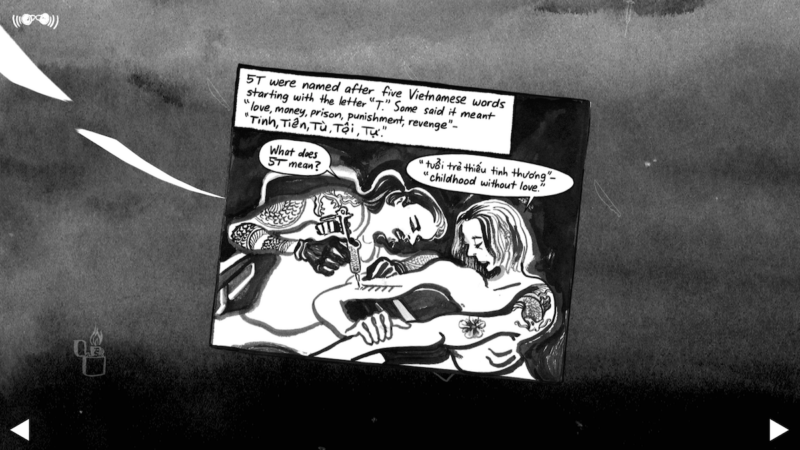 At the same time, I was constantly asking what was the purpose and good in digging up old wounds when the community had transcended its ugly history. In giving definition and form to stories that have long been distorted or ignored, I was also conscious of it being specific and idiosyncratically personal. The reader would never be allowed to forget that this wasn’t a dispassionate objective reporting of history, not an abstract intellectual political talking point, but a way to connect with migrants and refugees in a tangible, unavoidable way, ie. that I, the son of refugees, made the piece of entertainment that they’re enjoying. The comic doesn’t end with the last panel of this story, but rather that I (the result of war, displacement, acceptance, official government policy, criminality) told and continue to tell these stories.

The comic benefitted greatly from creative collaboration. My coding and development was by Ivan Safrin in London, who often works across games, AR and web programming. My sound design and music was by Kevin Shea Adams, a musician, writer and photographer in LA. Both Ivan and Kevin were studio mates of mine in Greenpoint, Brooklyn, and I’m grateful to have the opportunity to finally work with them, having observed their ability and artistry at close quarters over the years. To do so on a project as personal as this let them discover a side of myself and my personal history that I carry in Vietnamese and with memories from the other side of the world, that was new to them despite years of friendship. To share and explore that history is rare, but to do so in the language of their creative competencies has been particularly special and has let me tell old memories in a contemporary and new creative voice. 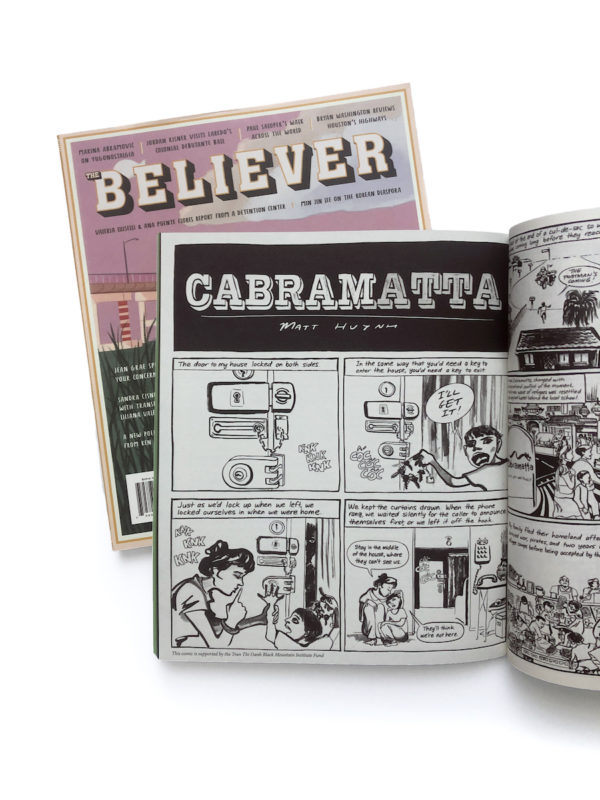 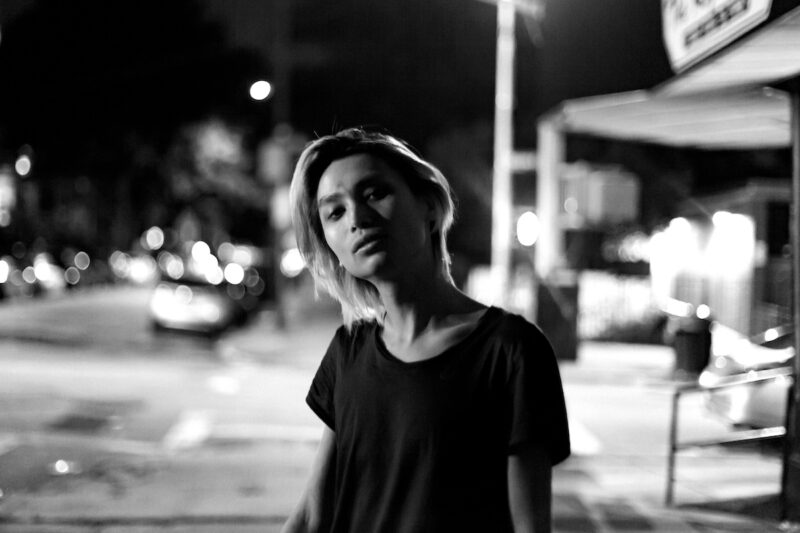