Out of Tune: The Reality of Being Vietnamese in Musical Theatre

In my first year at the Australian National University (ANU) in Canberra, I received an email informing me that I had not been cast in the musical society production of Miss Saigon. Having auditioned for the lead role of Kim, I was baffled. I was embarrassed that I didn’t land the role which suited both my voice and my ethnicity. I was surprised they had found another Vietnamese actress who was a better singer than me. But I soon discovered that they hadn’t. No one was Vietnamese; the majority of the cast were white. No crew, cast, or backstage member involved in Miss Saigon had any connection to Vietnam at all.

When I got my copy-and-paste template email rejection I asked myself: had I not worked hard enough? Don’t get me wrong, I have my fair share of terrible, doomed-to-fail audition stories. Like the time when a contact lens fell out of my eye right before I was called in. Or the time laryngitis transformed my once triumphant rendition of ‘Do You Hear the People Sing?’ into a pathetic whisper. But this time, I had worked for it. I found a pianist friend who accompanied me. She had practised in her own time to support me. I showed up on time. When they sprung a backing track on me during my callback, I nodded and said yes, of course.

In theory, using a race-blind casting process opens up opportunities for everyone. My favourite role in high school was Benvolio in Romeo & Juliet. I had never seen that role played by a Vietnamese actress before I did it. But more often, it means a production can ignore important considerations such as race and cast whoever they want. I later found out this was exactly what had happened in my case; my Vietnamese-ness wasn’t considered an asset. When I found out that they had cast a white actress to play Kim, I wanted to protest. But I was terrified that the argument would be flipped back onto me because I had auditioned for the role. So I kept my mouth shut.

In hindsight, it was a blessing I was never cast in Miss Saigon. As I discovered afterwards, the content of the musical itself is incredibly racist; I actually wasn’t familiar with the story before auditioning. The discussion about Miss Saigon as being racist is apparently still up for debate in the musical theatre community, but the facts are straightforward: Miss Saigon was written by white men, it’s a white saviour narrative, the original production contained a song of made-up gibberish they called Vietnamese, it had yellowface. Also, the leading role of Kim has never been originated by a Vietnamese actress.

Vietnamese people have made their thoughts about the racism of Miss Saigon very clear, but the musical theatre community as a whole—certainly in Canberra—seems to think it’s still a debate.

Despite some outcry from people of colour at my university at their casting choices, the production of Miss Saigon proceeded. It was a success. It was nominated for several Canberra Area Theatre Awards. There were seemingly no consequences for the people involved, though I later learned there were a few people involved who didn’t sleep so well at night knowing they were complicit.

In a way, the debate was the worst part of the whole experience. Many people gladly gave their opinions on whether a production of Miss Saigon needed to include Vietnamese people. Non-Vietnamese people wrote op-eds for the university newspaper philosophising and chronicling their thoughts. One student labelled the criticism as ‘ethnic exclusivity’ and worried it was ‘limiting access to cultural expression’. Another ‘empathise[d] with the heavy decisions made by the production team’.

There was a distinct and depressing lack of Vietnamese voices in the conversation. The excuses from the production team came thick and fast. Limiting auditions to Vietnamese people wasn’t in the ‘inclusive’ spirit of musical theatre, anyone should be welcome in order to ‘foster strong inter-collegial relations’. Students should not be ‘discouraged from auditioning due to feeling that they are not physically or aesthetically suited to a role’. It’s called acting for a reason, the actors ‘pretend to be a character regardless of who they are’. One student pondered, ‘would it be more acceptable for a non-Vietnamese Asian person to play a part in Miss Saigon than a Caucasian person? Is a quarter-Vietnamese Australian “Vietnamese enough” to play the role?’ What defines a Vietnamese person, anyway?

I’ll tell you one really easy way to answer that question: ask the person who tells you they are Vietnamese on their audition form.

Unfortunately, there were no lessons learnt from Miss Saigon.

In my fourth year, they decided to stage Dogfight. I had been assistant director of the previous year’s production of Into the Woods but once Dogfight was chosen, I knew there was no way I could step up and direct it because of what it’s about: it’s yet another story about the Vietnam War told from a white American perspective. It’s the much lesser-known musical from the composers of Dear Evan Hansen and The Greatest Showman.

Months later, I went to see the show out of obligation to friends involved. I shut my eyes during a climatic scene on the battlefront in Vietnam. It’s supposed to be a harrowing and exposing indictment of the horrors of war, a shock ending for a solider so willing and ready to fight. But I felt so disconnected. I knew terrible things had come out of the Vietnam War from the stories my family told me. I was forced to disassociate in the theatre.

The racism behind Dogfight is much more complicated than Miss Saigon. Miss Saigon is still up for debate, but Dogfight is here to stay. However, I am sick of white writers who use Vietnam as a backdrop to explore their own pain. I don’t mean to undermine the experiences of the Americans who fought in the war; my own family was aided by a white American soldier and a US army helicopter in their escape. It’s just that Broadway often only tells one type of American story. The story will always centre around a Chris or an Eddie; and it is always written by a Chris or an Eddie.

There is a Vietnamese diaspora in America. The stories are there. And let me tell you, Vietnamese people have got some pretty compelling stories about the war. God forbid, what if stories about Vietnam focused on the people and not the war?

When theatres shut due to COVID-19, I became more involved in the online musical theatre community. I couldn’t go see shows, so I talked about them with fellow fans online and watched actors tell funny stories about my favourite musicals. I was once again confronted by racism. Someone asked what my dream role was: I realised there wasn’t a perfect role for me. An actor I respected mentioned in passing that he hoped one day he would play Chris in Miss Saigon because it is ‘such a great part’. I wanted to scream that as a white, male tenor, he has hundreds of great parts to choose from. A post popped up asking for thoughts on Miss Saigon. I commented three words: ‘It’s incredibly racist’. I was met with a flood of replies, all from people who weren’t Vietnamese.

By the time Broadway was reacting to the Black Lives Matter movement, I realised—not for the first time—that it had the same problem as my small university theatre group: it is overwhelmingly white. Broadway matters to even a community theatre group on the other side of the world in Canberra because these stories end up being ones that we tell too. Most people in community theatre want to put on a show, not write one.

When the professional production of Miss Saigon was revived in 2014, it travelled to Australia quickly. It undoubtedly influenced my university’s decision to stage it in 2015. The revival re-legitimised the story’s racism. On the face of it, the Miss Saigon revival’s promotional material boasted about being more authentic to Vietnamese people than the original production because they got rid of the gibberish song and the yellowface. But they dug their feet into the ground by not casting Vietnamese people, again. They cast a Mexican-Chinese actress to play Kim, a Filipina actress to play Gigi, and Filipino actors to play the Engineer and Thuy.

If the resources of a travelling Broadway production don’t cast a Vietnamese actress to play Kim, it’s not surprising that ANU doesn’t bother. When Vietnamese people are not cast in Miss Saigon and other musicals, the valuable experience of learning how to perform in a production instead goes to white people (and others). They continue to gain more experience and keep gaining more roles based on ‘merit’. It creates a vicious cycle.

If Broadway continues to operate on a singing, acting, dancing meritocracy and doesn’t place value on authentic storytelling, there’s never going to be a Vietnamese person who is ‘good enough’ in musical theatre.

After Miss Saigon, I didn’t go to another audition for four years. I haven’t acted since.

There are other reasons for this, including the discovery that I like directing more than acting. But ultimately, it’s exhausting to be part of a community that ignores your voice. To be forced to listen as they justify their racist behaviour and excuse themselves by saying that they like Miss Saigon for the good music.

There’s another production of Dogfight on the horizon in Canberra, originally scheduled for 2020 but postponed until 2021. That will make three musicals about the Vietnam War in the six years I have lived in Canberra. I won’t be signing up. I won’t be going to see it. I know that if I challenge it, they will give the same excuses.

Thank you, but no thank you, for the good music. I will keep my humanity. 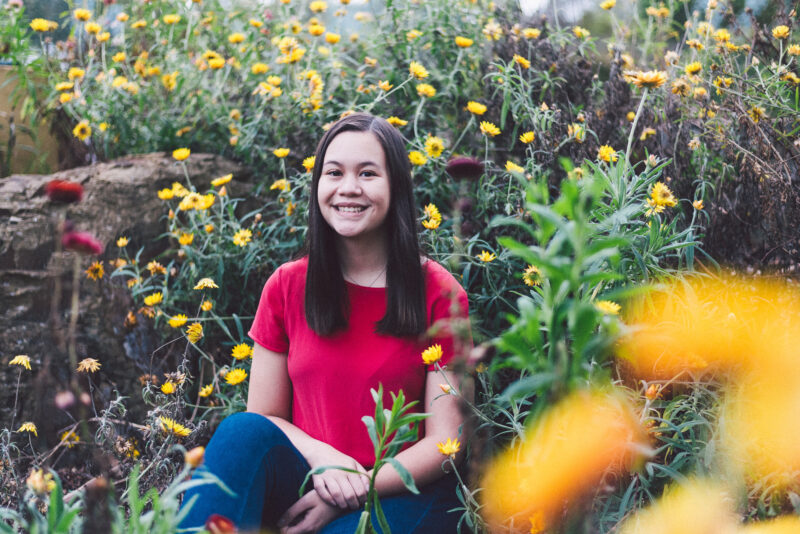 Julia Faragher is an Australian artist, specialising in writing, photography and film. She is mixed-race with Vietnamese/British heritage and a Manx surname. She is the former Editor-in-Chief of Woroni and a cofounder of Skybound Productions with over a dozen film festivals selections in Australia and overseas. She was named Young Canberra Citizen of the Year for Arts and Multimedia 2019. juliafaragher.com

The Freedom to Write