Dao: What are your plans for 1975? I know it’s going to be released as an album and you also do multimedia performances. What are your future visions for it?

Julian: I don’t know. Honestly, I’m still kind of in teacher mode, maybe because I’m putting the finishing touches on my dissertation. So, like, make stuff that teachers can use in the classroom? I want a teacher to be emboldened to use art in their curriculum and give kids an allowance to make a podcast or anything but an essay. Anything but a written essay. Because the goal should be, “Do you want to show your friends what you learned?” No one has ever shown their friends a five paragraph essay and said, “dude, check this out.”

Julian: Where do you see yourself going? Let’s flip the tables.

Dao: Yeah… I think more of the same. I think I’ve been really trying to bring music into the writing, and there is a part of me that also wants to make music without words…

Julian: Me too! So much.

Dao: But I still do have songs that have words as the through-line that is sort of a form I’m familiar with in my own small way. If I’ve found a niche or passion or cause, it’s probably in the hybrid form. And I talk about it as “hybrid poetry” so I’m sort of basing it in writing. I think of language or voice being the material, and that manifests whether in writing or in music or in image—like, it’s all an expression of voice. I feel, with this last project, Instrument and Traveler’s Ode, I am getting to a place where the poetry and music are in the same space and starting to intersect in some interesting way. So, you know, maybe more of that intersection?

Dao: And just the resonance of these layers of violence and history, recurring, in that certain region, was fascinating to me. There is one song (the “Wading” song on my Traveler’s Ode album) where I went back to a stretch of highway in Central Vietnam that my parents have talked about, where an incident happened that they called the “Highway of Horror.” It was a massacre of civilians who were traveling along that road in 1972 and they were shelled by Viet Cong. Of course, I didn’t see any evidence of that when I went back to that site. There was a memorial and I recorded some sounds of the highway. And in that same region, there are these caves. I’ve been particularly fascinated by those caves. I think about those different landscapes and what the land holds and what happens to you when you visit these places. Sounds from that highway and those caves are in this song.

[wading into a new decade…forty-five years after the exodus] / music video from Dao Strom on Vimeo.

Julian: Yeah, it goes back to activating your ghosts. Like certain sites. It’s almost like a board game or something. Like you just roll the dice and you end up in this fucking weird place and something happens. I’ve spent so much time in southeast Colorado at this old incarceration camp… Some of these sites still have graveyards there. So, it’s not just my ghosts that I’m bringing up, that are getting activated. There are actual ghosts still lingering. Some of them are bachelors, too, old men who didn’t have any family when they were incarcerated. And they were just left there. Like Tomoki Ogata, the guy who is mentioned in that song—this dude who killed himself by the Arkansas River, just left camp with some rope, found a cottonwood tree, and hanged himself. No one found his body for three days.

I learned that story from the archives, pulling it out of a newspaper. It said: “61 year old Issei Bachelor Kills Self: Body Not Found for Three Days.” Think about that, it’s devastating. And then to go sit in that place, nearby where he was found, and contemplate about his body swinging for three days. And all the while in camp, people are doing laundry, dancing, eating, fucking, crying, being human and no one knows he’s gone. And when you walk into the Amache graveyard, next to Tomoki’s grave is a headstone that says “Matsuda baby, Christmas Day, 1944.”

So, think about: two people, a couple who made love, had a child in an incarceration camp, and then for the baby to die, and for it to be on Christmas. That’s the most gut-wrenching thing I had ever seen in person in my research. And then, a forty-five minute drive from there, is the site of one of the worst Indian massacres in American history. And, at some point, the Sand Creek and the Arkansas River, those bodies of water touch. You think about the overlapping atrocities that the land holds, that the water holds, those rivers hold.

But then, you also think about the historical mechanisms that have been in place to “de-Indian-ify” Native Americans, the boarding schools, reservations, all this kind of stuff. When I taught at the University of Wyoming, I had a summer program of high school kids, and one kid from the res, who was an Arapahoe kid, came in, and I was showing these pictures of the Japanese camps, and he said, “Hey, man, that reminds me a lot of the reservations.” And that clicked something for me.

And now, I’m living in a time where I go down to the border and I see these detention centers—it’s literally like the same built environments. Not only the political and colonial mechanismsof white supremacy and incarceration, but the same buildings—very similar structures, barbed wire, enclosures. When I finished that song “Where the Sand Creek Meets the Arkansas River”… I can’t- like, right now, even- not choke up thinking about that gravestone of the Matsuda baby, and how he would be an old man now, just three years older than my dad.

All of these histories layer on top of each other: to the creek and the indigenous folks who got slaughtered, and Tomoki’s graveyard, and to the present moment and those detention centers. These histories are just like some of your pages, jumbled out of order, but if you sit with them and you listen, if you unplug your ears to the sounds of these past, if you sit with it all and continue to sit with it, maybe you get somewhere, you know? and then eventually, you get to a point where it’s like… I don’t know, it either dissipates a little bit, or you can at least find strength in it.

Dao: There’s a lot that makes sense in there, for sure. I don’t think there are any easy answers to trauma. You know, we want this solution to trauma, to say we are healing trauma or addressing trauma. I feel like… the river, and the sea, maybe that’s the best you can come to, with the confluence of history and just how complicated it all is.

Julian: Just don’t try to take from these places, just go. And just be there. And just sit with it, you know?

Dao: I’ve thought about that also, in terms of talking about art as “world-building”, that maybe we’re supposed to build something new, but also maybe not. Maybe the point of a song, of any work of art, is also that’s it’s just this tenuous or temporal thing. Or, to remind us of that temporality.

Julian: You asked about my goals for the release of 1975. Honestly, this project has been super draining and I’ve been operating at a net loss. The touring almost killed me. You get on stage and offer up all these ghosts and then people in the audience hand you their stories, their ghosts, and you just keep piling up. I’m glad there are records out now on a label because I’m not sure if I’ll play many more shows. At least the songs are out there.

My real goal, truth be told, is to figure out how to just look in the mirror and say, ”Hey, man, you’re doing a good job. Drink that cup of tea really well.” And that’s all you have to do today. Like when you come back from the places I’ve been, you see that just being alive is a goddamn miracle. And for some of us, given the circumstances your mother, my mother, have been in at some points in their lives, well, to be alive and to be kind and gentle and exploratory is what I’d like to commit to doing.

And I need to remember this when I fight with my mother, when I fight with myself, I need to remember that, oh my goodness, to just sit here and eat some lemongrass pork or some chả giò, that’s all I have to do on this earth. Obviously, I still have to do real things, but for a super privileged person like myself—roof, food, family, art— that has to be foundational. So that’s my plan. I kind of want to shed the ghosts and tell people that they’re doing OK, and whatever they’re doing, you know, all that you really got to do is drink water.

Julian: Yeah, I mean: Be water- maybe. That’s pretty ambitious, Bruce. But drink water, we can handle that. Drink water and look at clouds. 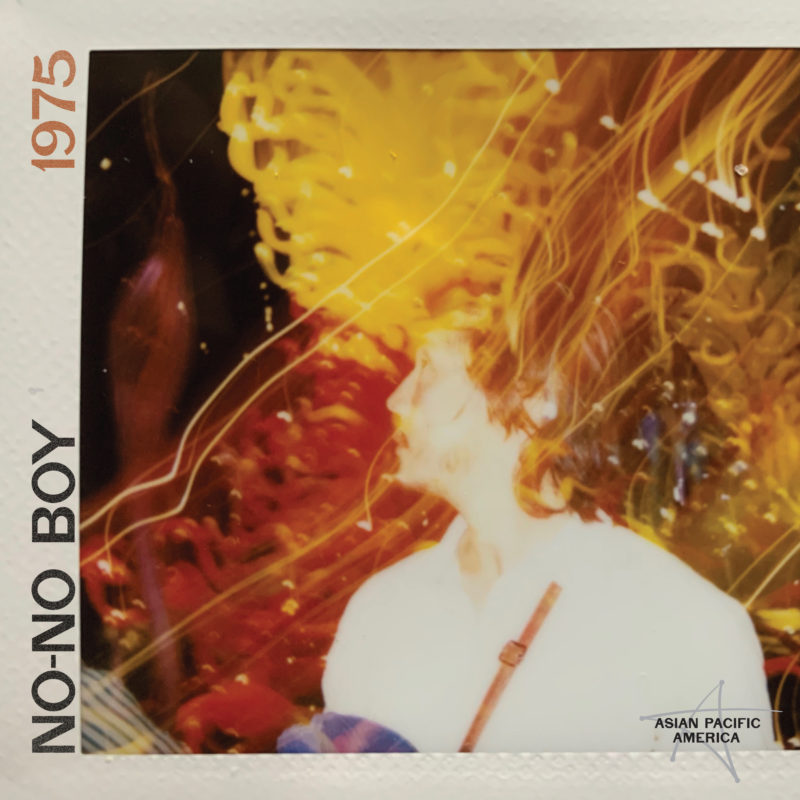 1975, the new album by No-No Boy (Julian Saporiti), is out on Smithsonian Folkways. 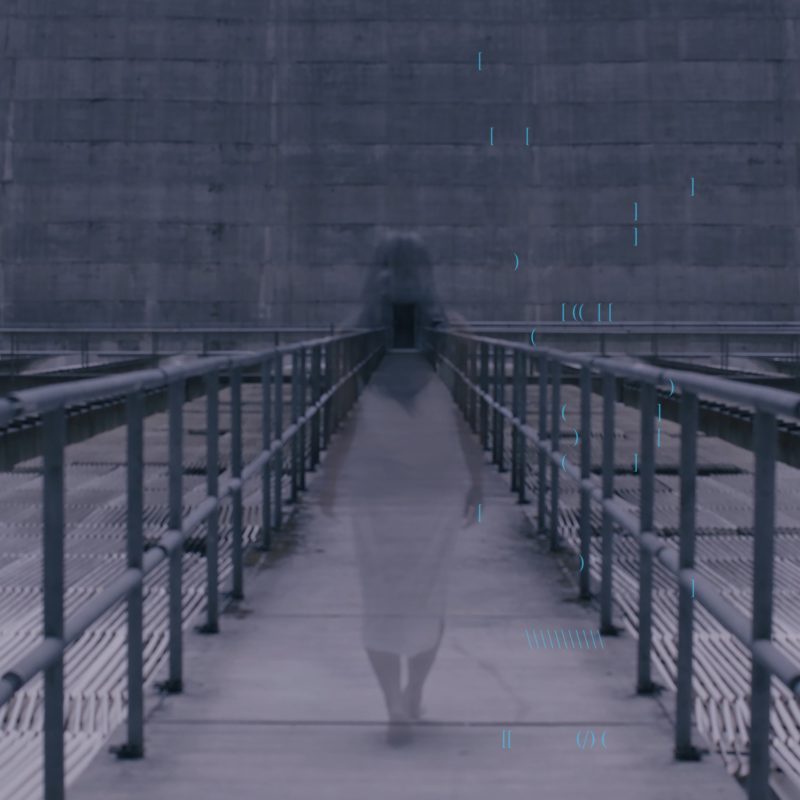 Instrument/Traveler’s Ode, the poetry and music project by Dao Strom, was released in Fall 2020 by Fonograf Editions and Antiquated Future Records. 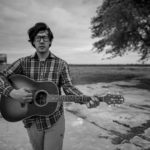 Julian Saporiti is a musician and scholar, born and raised in Nashville, TN to an Italian American musician and a Vietnamese painter. In his 20s, he toured North America and Europe with an indie rock band called The Young Republic. After feeling burnt out from the road, he chose a quieter life as a scholar, investigating hidden American histories in the mountains of Wyoming. He then moved to Brown University to continue his research on race, refugees, music, memory and immigration. He has advanced degrees in American Studies and Ethnomusicology as well as a degree in music from Berklee College of Music in Boston.

Dao Strom is the author of the poetry collection, Instrument (Fonograf Editions, 2020), and its musical companion piece, Traveler’s Ode (Antiquated Future Records, 2020). Her other works include You Will Always Be Someone From Somewhere Else, We Were Meant To Be a Gentle People, The Gentle Order of Girls and Boys, and Grass Roof, Tin Roof; and a song-cycle, East/West. She is the co-founder and creative director of the collective project, She Who Has No Master(s). www.daostrom.com