I didn’t think I knew how to say abolish in Vietnamese, but just now, after pulling up Google translate, I realize it’s a word I am familiar with: bỏ.

Anyway, the little flare of triumph I feel whenever I realize I have more Vietnamese words than I thought is tempered when I realize that I don’t need a dictionary to know how to say cảnh sát, police, and nhà tù, prison.

Last spring, towards the end of May, I called my mom in the early evening. It was still bright out, but before sunset, I knew my phone would erupt with that dissonant tone again, the one that reminded me the city was still under an overnight curfew. Minneapolis police murdered George Floyd on Monday. The 3rd precinct went up in flames on Thursday.

The night I talked to my mom, I could picture her in the kitchen. She often makes dinner while chatting on the landline’s speakerphone, and I could hear her doing the prep work– washing greens from the garden and shaking them to dry before tossing them in the salad spinner (a task I loved to do as a child). As we talked, she mentioned seeing local news coverage of the Lake Street Target, which sits across the street from the 3rd precinct and was now closed and boarded up for the foreseeable future. She clucked her tongue sympathetically – Tội nghiệp Target. Poor Target. People took everything.

My first language was Vietnamese. I learned English by immersion when I started kindergarten. At the small Catholic school I attended, I was not tracked into an ESL program. I’m not even sure there was an ESL program there. My siblings recall that when I began speaking English, it was accented like our mom’s. These days, my mother tongue is hesitant, its borders stuck on a channel that hasn’t changed since 1975, boundaried by its relationship to my family. A stranger to anyone who isn’t related to me by blood.

Occasionally, I will look at an object and identify it by its Vietnamese name first. Sometimes I wake up from a dream where I spoke in tones.

I wanted to tell my mom about how Martin Luther King, Jr. said that riots are the language of the unheard, that the police don’t keep us safe, that Minneapolis had this coming. In the absence of those words, I assured her that Target would be just fine. I told her I was thinking about why people were taking things from Target in the first place.  Tại vì người ta không có đủ: all of this is because people don’t have enough.

My parents are refugees, younger than I am now when they grabbed their go bags and four young children and headed for the harbor and the oil rig and a future together. They remember small details, like how mom didn’t even put on proper shoes and was wearing a pair of flimsy sandals when they left home for the last time. How a valise with family photographs was lost. Staying was unthinkable, yet leaving was a privilege.

July 2020 marked the 45th year since our family arrived in Minnesota. There was even a picture and story in the Minneapolis Star newspaper about our arrival. We landed here because of a church sponsor who was willing to sponsor the entire family – not just the six in my immediate family but grandparents and aunts and cousins too. Sometime last summer, I visited my parents for a socially-distanced lunch in their yard. Mom pointed out the colorful tablecloth on the patio table: that’s from our sponsors. It was in a bag of donated stuff we received when we first got to Minnesota. It’s older than you. After lunch, she pulled a utility wagon up from the backyard. It was full of butternut squash from their vegetable garden. There was an abundance of squash  that summer, and dad mentioned that my cousins, who were organizing some mutual aid efforts in the city, had already stopped by and taken away a trunk full.

It’s summer again, and despite the heat wave, I had my first bowl of homemade pho, indoors, last weekend. My parents look a little bit older every time I see them, and my Vietnamese feels a little bit worse. Still, in the time we spend together, I am curious about what we can learn and create together. With my imperfect Vietnamese, I can keep trying to ask my parents about bỏ cảnh sát and bỏ nhà tù, the abolition of policing and prisons. I could practice my Vietnamese by sharing the SEAD Project’s Alphabet of Social Justice  with them and reading it together. I’m also reminded of this wisdom from Ruha Benjamin, who said: “Remember to imagine and craft the worlds you cannot live without, just as you dismantle the ones you cannot live within.”

I’ve decided that it doesn’t matter that I can’t confidently translate abolition into Vietnamese when we talk. I can still ask them questions, and they will understand what I’m trying to say. I want to ask how their squash is doing this summer and how many zucchini they’re expecting, and if I can share some with others. I want to ask them about our sponsors and what it meant to have them. I want to know what safety means to them. I want to learn what my parents have to teach me about taking care of each other.

A note from the contributor: For anyone interested in learning more about abolition, here are a few places to get started – the MPD150 report and resources page (including some zines that you can print and share!); this conversation on Beyond #StopAsianHate: Criminalization, Gender, & Asian Abolition Feminism; and We Do This ‘Til We Free Us: Abolitionist Organizing and Transforming Justice, a book by Mariame Kaba. 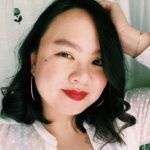 UyenThi Tran Myhre (she/her) is a cat mom, feminist, writer, and daughter of refugees. She is interested in storytelling and narrative-shifting as strategies for social change and creating a better world. UyenThi holds a Bachelor’s in Journalism and a Master’s in Educational Psychology, and has worked in higher education and non-profit settings. In recent years, UyenThi has contributed to Project Yellow Dress, a platform sharing stories from the Southeast Asian diaspora, as well as MPD150, a community-based initiative challenging the narrative that police protect and serve.