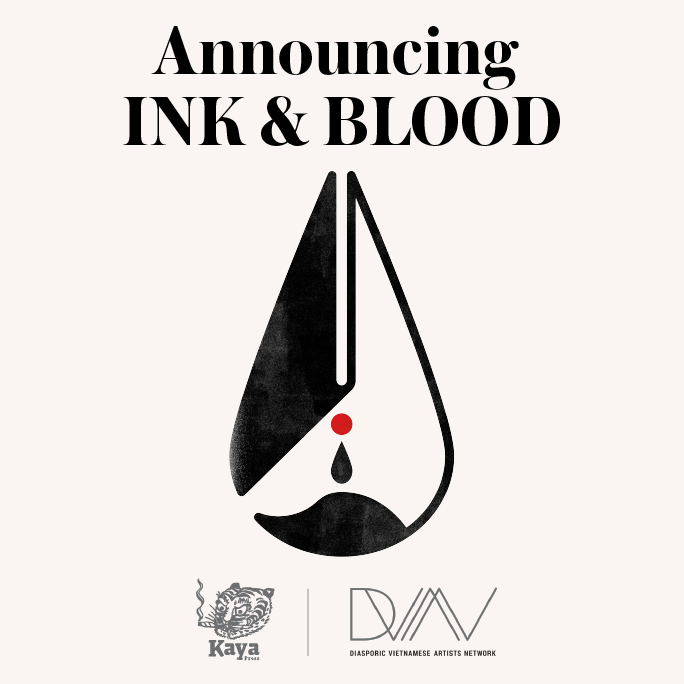 To celebrate the launch of Ink & Blood, a new joint imprint focused on diasporic Vietnamese literature from DVAN and Kaya Press, the next episode of ÁCCENTED will feature DVAN co-founder and Pulitzer Prize winning-author Viet Thanh Nguyen in conversation with DVAN’s co-founder and Executive Director Isabelle Thuy Pelaud and Neelanjana Banerjee from Kaya Press to talk about this exciting collaboration, and Ink & Blood’s first book, an English translation of acclaimed author Line Papin’s Les os des filles (working title: The Bones of Daughters, Spring 2022). Line Papin and the book’s translator Adriana Hunter will also join to discuss the art of translation and the considerations we must take when transcending across the diaspora through language and literature. The panelists will also be joined by Karl Ashoka Britto, Associate Professor of French & Comparative Literature at UC Berkeley who is a part of the editorial committee who selected the book. 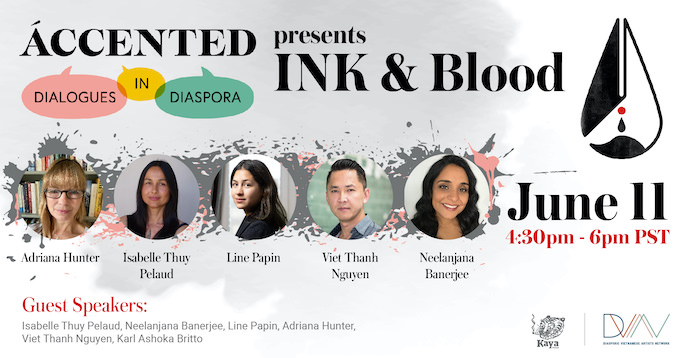 Isabelle Thuy Pelaud is Professor in Asian American Studies at San Francisco State University. She is author of This Is All I Choose To Tell: History and Hybridity in Vietnamese American Literature (Temple University Press, 2011) and of numerous academic essays and creative projects. She is also co-editor of award winning Troubling Borders: An Anthology of Art and Literature by Southeast Asian Women in the Diaspora (Washington University Press, 2014). She is the founder and Director of the Diasporic Vietnamese Artists Network (DVAN) and of DVAN @ SFSU. She is currently working on a creative project inspired by her mother.

Viet Thanh Nguyen is the author of The Sympathizer, Nothing Ever Dies: Vietnam and the Memory of War, The Refugees, and Race and Resistance: Literature, Politics and Asian America. His most recent book was Chicken of the Sea, a children’s book written in collaboration with his son Ellison. His most recent book is The Committed. He is a University Professor, the Aerol Arnold Chair of English, and a Professor of English, American Studies and Ethnicity, and Comparative Literature at the University of Southern California. Most recently he has been the recipient of fellowships from the Guggenheim and MacArthur Foundations, and le Prix du meilleur livre étranger (Best Foreign Book in France), for The Sympathizer.

Neelanjana Banerjee is the Managing Editor of Kaya Press, an independent publishing company dedicated to Asian Pacific American and Asian diasporic literature. Her writing has appeared in Prairie Schooner, PANK Magazine, MUTHA, and many other places. She teaches writing and Asian American literature at UCLA and Loyola Marymount University.

Karl Ashoka Britto is Associate Professor of French and Comparative Literature at the University of California, Berkeley, and the author of Disorientation: France, Vietnam, and the Ambivalence of Interculturality. He has published essays and articles on a number of francophone and anglophone writers of the Vietnamese diaspora, including Monique Truong, Aimee Phan, Kim Thúy, and Viet Thanh Nguyen.

Adriana Hunter spent four years at a French school as a child and took a 1st (summa cum laude) in French & Drama at the University of London. She worked as a film publicist and freelance writer before “discovering” the first book she was to translate. She has now translated over 90 books, mostly works of literary fiction. She won the 2011 Scott-Moncrieff Prize for her translation of Véronique Olmi’s Bord de Mer (Beside the Sea), and the 2013 French-American Foundation and Florence Gould Foundation Translation Prize for her translation of Hervé Le Tellier’s Electrico W, and was shortlisted twice for the Independent Foreign Fiction Prize (now the Man Booker International Prize). 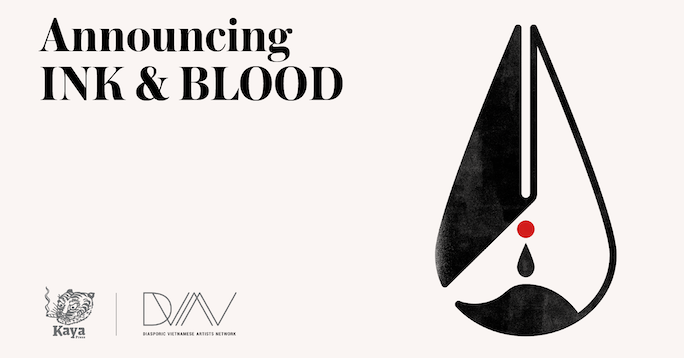 Ink & Blood will introduce literary works of fiction, poetry, memoir, and graphic novels from diasporic communities that expand the scope and understanding of the Vietnamese diasporic experience and imaginaries. Visit here for more information.

In order to expand Ink & Blood, we want to raise $10,000 by June 18th! Your donation will help support the translation, design, and production of work from Vietnamese writers from around the world, and facilitate the Ink & Blood editorial team to seek out Vietnamese writers, translators, and artists to highlight through this special imprint.