The Education of Aimee Phan: On the Importance of Book Covers

diaCRITICS has the special opportunity to gain insight into the Vietnamese American writer’s workings.  Aimee Phan, author of short story collection We Should Never Meet (2004) is about to release her first novel, The Reeducation of Cherry Truong.  With this exciting step, Aimee Phan is happy to share her own education about the writing and publishing processes in a series of posts about her forthcoming book.  Here, diaCRITICS gives you an sneak peek of The Reeducation of Cherry Truong and the first post of Aimee’s series about learning the importance of book covers. 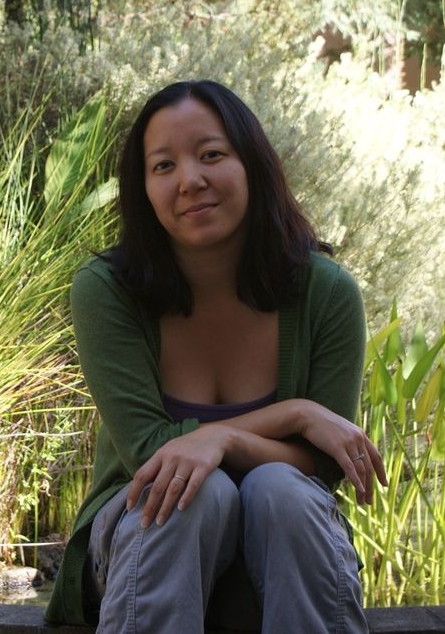 The Reeducation of Cherry Truong

Cherry Truong’s parents have exiled her wayward older brother from their Southern California home, sending him to Vietnam to live with distant relatives.  Determined to bring him back, twenty-one-year-old Cherry travels to their homeland and finds herself on a journey to uncover her family’s decades-old secrets—hidden loves, desperate choices, and lives ripped apart by the march of war and currents of history.

The Reeducation of Cherry Truong tells the story of two fierce and unforgettable families, the Truongs and the Vos: their harrowing escape from Vietnam after the war, the betrayal that divided them, and the stubborn memories that continue to bind them years later, even as they come to terms with their hidden sacrifices and bitter mistakes. Kim-Ly, Cherry’s grandmother, once wealthy and powerful in Vietnam, now struggles to survive in Little Saigon, California without English or a driver’s license. Cherry’s other grandmother Hoa, whose domineering husband has developed dementia, discovers a cache of letters from a woman she thought had been left behind. As Cherry pieces their stories together, she uncovers the burden of her family’s love and the consequences of their choices.

On the Importance of Book Covers

Book covers are a big deal. It’s one of the most exciting milestones an author experiences after the book is accepted for publication. I remember reading an author’s roundtable and one author, Mark Jude Poirier, described the book cover as an author’s wedding dress: you want it to make you look prettier and better than you are in real life. And I thought, Exactly.

When my first book, We Should Never Meet, was still in pre-production, my editor asked me at the time to send my ideas in for the cover now, while they were still generating the concept. But with little experience–and zero design aesthetic–I hadn’t a clue what to say. I very much regret not giving any kind of inspiration or direction, because when the first draft came, it wasn’t what I imagined at all. After some negotiation with my agent and a few changes, I felt more at peace with their final version. But I never loved it. Eight years later, I look at the cover with much more perspective. Both the hardback and paperback covers accurately reflect the gritty, blunt stories inside. But as an author, one’s vanity always gets in the way. I wanted to be pretty too.

With the second book, my feelings for the cover are completely different. It was immediate love. When my editor first sent it to me, I couldn’t stop staring at it on my computer, the intricate detailing and lush colors, the romantic pictures of Cherry, France and Vietnam. I wanted to call the designer and thank him or her for honoring my book with such a gorgeous composite image. There was some back and forth on the original model for “Cherry” at the top: the first model was beautiful–actually too beautiful for our bumbling, naive protagonist. The agent and editor also debated how much of Cherry’s face we should see: the back of the head had been done so much in recent book covers, but did we really want to see her full-on face? The final model is appropriately Cherry–sweet, but not a temptress. She actually reminds me of a friend of mine from graduate school, who is now a published, esteemed author herself.

What have I learned with these two covers? Even though my feelings for both were so different, I also understand why these design choices were made–even if I didn’t like some of them. I feel fortunate that with this book, which I’ve spent so many years on, has a cover that I’m excited to show to my friends, family and colleagues.

Aimee Phan’s first novel, The Reeducation of Cherry Truong, will be published by St. Martin’s Press in March 2012. A 2010 National Endowment of the Arts Creative Writing Fellow, Aimee received her MFA from the University of Iowa, where she won a Maytag Fellowship. Her first book, We Should Never Meet, was awarded the Association for Asian American Studies Book Award in Prose. It was also named a Notable Book by the Kiryama Prize in fiction and a finalist for the Asian American Literary Awards. She was awarded a MacDowell Colony Residency in 2005. Her writing has appeared in The New York Times, USA Today, and The Oregonian among others. She grew up in Orange County, California, and now teaches in the MFA Program in Writing, and Writing and Literature Program at California College of the Arts.  For more, see Aimee’s blog.

Please take the time to rate this post (above) and share it (below). Ratings for top posts are listed on the sidebar. Sharing (on email, Facebook, etc.) helps spread the word about diaCRITICS. And join the conversation and leave a comment! Looking forward to Aimee Phan’s first novel? What do you think of her choice of cover? How does Aimee’s comments about book covers make you think twice about “Don’t judge a book by its cover?”