June 2013 news and events relating to Vietnamese at home and in the diaspora.

It’s time for our second subscriber drive. We’re looking for 100 new subscribers for diaCRITICS, and we’ll be giving away prizes to the 50th, 75th, and 100th new subscribers. Read more details. 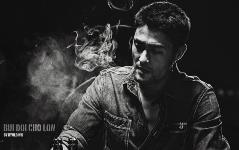 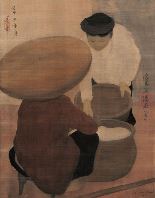 • Researchers estimate the surname “Nguyen” will overtake the current name of “Smith” to become the most commonly used in Australia within 10 years. [Photo: Teaukura Moetaua/AFP/Getty Images]

• This story recounts one family’s work in a nail salon. [Photo: Douglas McCulloh]

On a somewhat related subject, in case you haven’t seen it, Hulu is showing Minh Duc Nguyen’s 2011 film, “Touch,” about a Vietnamese-American manicurist.

• Eight Vietnamese stowaways are arrested after being rescued at sea.

• A lawyer and part-time law professor, Khanh Vu Duc, suggests some strategies for the U.S. and Vietnam to move towards bilateral ties. Washington, however, is determined to hold its position of maintaining sanctions on exporting weapons to Vietnam.

• Pandemic rise of diabetics in Vietnam due to “Westernization and urbanization.” [Photo: Justin Mott] 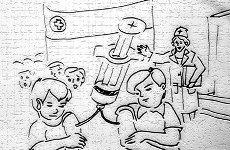 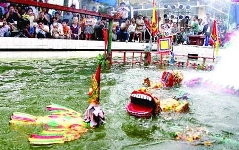 • Some dedicated young people are trying to protect and to promote the traditional arts to a new generation. 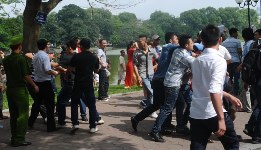 • An anti-China march in Hanoi is suppressed by government officials who branded the protesters as “thieves and prostitutes” and brutally beat them. [NWAW][Photo: RFA]

• Hundreds of thousands in Cambodia, Vietnam and Thailand have been displaced from their lands.

• Cu Huy Ha Vu, a prominent dissident jailed in Vietnam, began a hunger strike as a means of complaining about the “unsuitable” prison conditions. [Photo: AFP/HO/VNA] 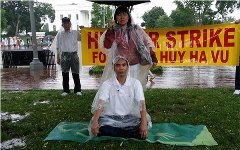 • Vintage homes are moved to HCMC and rented out. [Photo: Mike Ives]

• Tuong Lai (Nguyen Phuoc Tuong), a sociologist, opines that by allowing Chinese expansionism in Vietnam, Vietnamese leaders are betraying their peoples’ sense of “patriotism and spirit of nationalism.” Vietnam may have kept the Chinese at bay for a thousand years but this time, given their military and economic superiority, they may finally succeed at wiping out the Vietnamese culture.

• Japanese firm Hitachi is set to start building Vietnam’s first urban railway in 2018. However, some observers believed it will be a challenge to convince millions of motorbike and car owners to switch to the train system.

• A group of leading authors is backing a global study that suggests badly malnourished children are 20% more likely to have reading and writing problems.