August 2013 news and events updates relating to Vietnamese at home and in the diaspora.

The evolution of several Vietnamese restaurants in the Atlantic City area are recounted. [Photo: Jessica Kourkounis]

Released details of the Vanessa Pham’s death reveals how her kind gesture to a stranger ended her life. 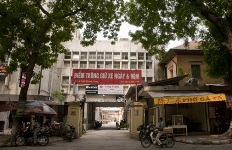 An abandoned factory at Zone 9 is transformed into the new art hub in Hanoi. [Photo: Julie Vola]

Behind the Moscow police government campaign that detained over 500 Vietnamese immigrants is “the xenophobia that is so prevalent in Moscow.” [Photo: Sergey Ponomarev] [IHT]

• America is willing to overlook much of Vietnam’s human right violations in order to advance America’s political and economic positioning.

A Vietnamese father and son have been discovered living in a tree house deep in the jungle. See more photos, including the tree house. [Photo: Tuoi Tre][HP]

Vietnam’s queen of hip-hop, Suboi, has found ways to get around censorship.

Leaders of the Buddhist, Catholic, Protestant, Cao Dai and Hoa Hao faiths in Vietnam are calling on Hanoi to keep its pledge to fully respects human rights.

The US responds to the proposed internet law that will restrict online uses for Vietnamese citizens.

An appeals court upheld the sentences for a Vietnamese shrimp farmer-turned-folk hero and for three of his family members. [Photos: Reuters]

Reporters Without Borders petitions for the immediate release of 35 imprisoned human rights activists. 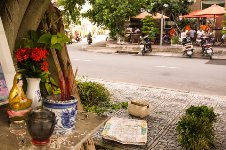 Rival religions don’t incite attacks against each other.

Many LGBT members held the second gay pride parade with the hope of reducing prejudice and discrimination against their community. 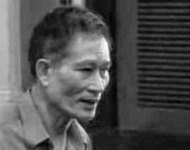 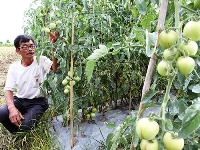 Contrary to polls in recent years, news reports indicate Vietnamese “appear to be less happy and less optimistic than they were.”

Arsenal fans have been petitioning to end the club’s association with the HAGL (Hoang Anh Gia Lai) Group–which has been accused of human rights abuses. [Photo: AFP]

• The United Nations criticizes Vietnam for its execution of a convicted murderer.

Research findings suggest a cure for cancer may be found in the gastrointestinal tract. [Photo: Dr. Wei-Jie Zhou]

As Asia gains global dominance, energy is its Achilles’ heel. 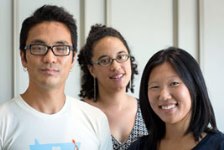 A new magazine for adult adoptees “challenge[s] the traditional narrative” by discussing race in the adoption experience. [Photo: Jennifer Simonson]