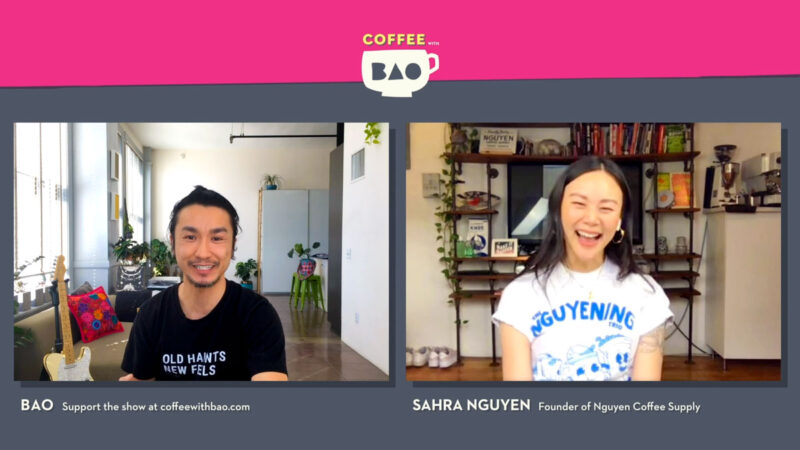 Who are the people behind the art and the movements that you admire? How do they see their identities in relation to society? What struggles were the stepping stones toward their success? What do they personally consider success?

Coffee with BAO is a series of casual conversations with Vietnamese American songwriter and music producer Bao Vo. The show explores the cultural identity, creative process, and personal growth of diverse guests from the creative and business world.

Each episode seeks to encourage awareness and empathy by focusing on underrepresented stories, immigrant stories, and unexpected stories. Bao’s thoughtful questioning highlights each guest’s humanity as the context for their work, often evoking personal accounts that haven’t been shared before.

Coffee with BAO reassures viewers that we’re all a work in progress and we can all learn from each other. The show is available as a Youtube series and podcast at coffeewithbao.com. 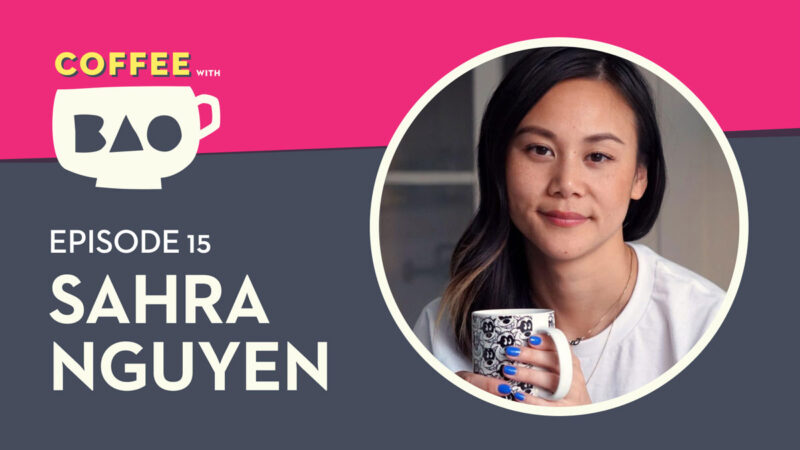 Episode 15 with Sahra Nguyen from Nguyen Coffee Supply summed up the mission of Coffee with BAO very well. Setting aside the fact that she’s such a talented person and charismatic speaker, Sahra’s story hits on a few themes that the show seeks to explore; the complicated cultural history, the balance of art, business, and activism, and the unique struggles and triumphs we all use as stepping stones to our current selves. It was also a wonderful coincidence that Sahra’s business is related to coffee and her coffee beans are imported from BAO’s birth city, Da Lat, Vietnam. 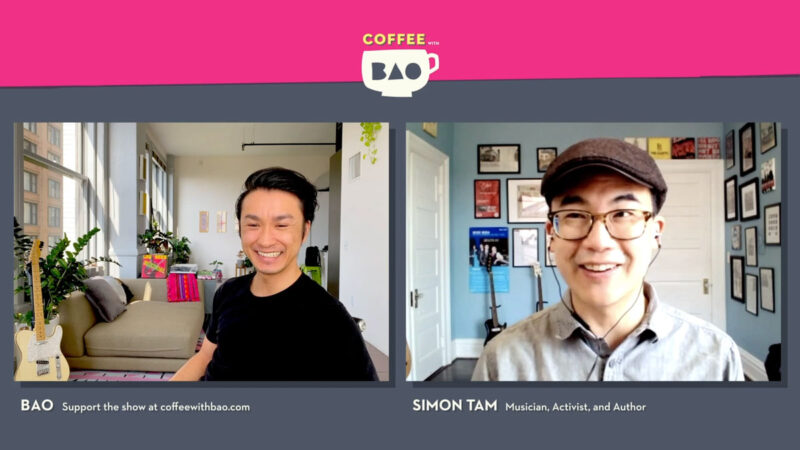 Episode 5 with Simon Tam from The Slants is an important one because it presents the human side of somebody whose professional reputation is so robust and well-documented. Simon’s impressive work as an artist, activist, and entrepreneur can sometimes overshadow him as a regular person like any of us. Coffee with BAO is a venue for personal stories, like Simon’s, that help increase awareness and empathy.

Bao’s debut solo album Perpetual Heartbreak was released in October 2020, accompanied by three video series: Bao listening and reacting to the album in real time, explaining the meaning behind each track, and breaking down the technical production of each track. Perpetual Heartbreak’s title track has a music video that is part of AsianAmericanMovies.com’s new music video festival.

Bao composed the soundtrack for Hieu Gray’s Vietnamese diaspora food documentary Quận 13, which is a finalist for the Taste Awards Best Short Film or Documentary. And he’s working with The Slants Foundation on a free monthly Artists Think Tank events, live concerts, and their first music conference called CPOC (Creative People of Color). More info on those and other opportunities at theslants.org.

Bao Vo is a Vietnamese American songwriter, producer, and composer based in Los Angeles. He debuted as a solo artist in 2018 under the name BAO and has worked since 2004 as the producer and creative director for the electro-pop group Ming & Ping. His music has been featured in promotional spots for brands such as Oakley, Burton, and CrossFit. As a composer, Bao’s electronic-based film and game soundtracks incorporate various musical genres and organic elements.

Educated at the ArtCenter College of Design, Bao worked for over a decade as a creative director in tech and marketing while releasing music and touring. His experience as a refugee informs his work as an artist and activist. He serves on the board of directors of The Slants Foundation and mentors emerging Asian American musicians on the creation and business of music. His latest project is the cultural interview show Coffee with BAO. heyitsbao.com