When a sound is indefinitely reverberated, who thinks of doubting their ears?

The sounds that permeate the places of our memories and our everyday lives can often feel like background noise, negligible to its environs. It’s not often that sounds are explored as a source of grounding to a place, and it’s exactly what the online exhibition, Nameless. echoes, spectres, hisses, intends to explore. Hosted by XING, a research platform centered on Southeast Asian art practices, Nameless invites artists DIVISI62, Russell Morton, Sriwhana Spong, Pathompon Mont Tesprateep, Sung Tieu and scholar Benjamin Tausig to explore sonic connections with a focus on Southeast Asia.

From XING: “Reflecting on notions of place through sound allows a geography that is in continuous movement—in turbulence or tranquility. In this shifting plane, Nameless. echoes, spectres, hisses is an exercise in listening and tuning into versions of histories which might otherwise be muffled.”

Co-curator, Jade Barget, writes on Sung Tieu’s Sound TV in her piece below, originally published as part of the project. We’re excited to share Jade’s essay and the Nameless. echoes, spectres, hisses project and its aural exploration, screening online until July 27th.

When a sound is indefinitely reverberated, who thinks of doubting their ears? (1)
On Sung Tieu’s Sound TV

The whisper heard in Sound TV is chilling. Coming in and out of hearing, it is otherworldly and undecipherable, overlaid with a hostile high pitch noise. When screened at Tate Modern’s Starr Cinema as part of East London Cable: TV Dinner Episode 3, the sound was amplified to the point where viewers covered their ears, enduring the work. In pushing the spectatorial experience to its limit, Sung Tieu laid bare the power of the cinematic and televisual machine. Whilst our viewing regime has familiared us with visual aggression, this sonic overload felt new, menacing and our condition as spectator precarious.

In the context of Nameless. echoes, spectres, hisses, the work is viewed on the computer screen. Losing control of the level of intensity and submission of the viewer to the work, but gaining in proximity and intimacy, Sound TV resonates across the domestic space with the psychological warfare tactics of televisual media.

Sung Tieu’s practice is concerned with infrastructures of control. Sound TV stems from this interest, and her specific research into psychoacoustics—the study of psychological responses associated with sound. The high pitch noise is the official recreation based on witnesses’ account of a sound allegedly heard in 2016 by U.S. diplomats in Cuba and followed by health issues—the Havana Syndrome, the basis of Sung Tieu’s Nottingham Contemporary 2020 exhibition, In Cold Print. The sound was recreated from auditory memory and used in court to investigate claims of the existence of a sonic weapon designed by Cuban officials and used against U.S. diplomats in Havana.

The sound of the Havana Syndrome has a phantomatic essence—invisible, its existence and psychological effect only speculative. In Sound TV, it is overlaid with an encrypted message written and spoken by the artist, presented over footage taken on the Mekong Delta, Vietnam, where the psychological weapon Ghost Tape No.10 was broadcasted by the Americans during the Vietnam war.

The sensorial and psychological manipulation also known as operation Wandering Soul exploited a Vietnamese cultural belief about death—that the ones killed far from home without an appropriate funeral ceremony  would turn into vengeful spirits wandering the earth eternally. The American army recorded Vietnamese voice actors speaking as angry spirits of dead Vietnamese soldiers, asking fighters to go back home at the risk of becoming wandering souls. Played via speakers placed in the forests or on helicopters and planes, it haunted the night. Sound TV collapses two conflicts—the Vietnam War and the Cold War. Highlighting the US’s presence in both conflicts, Sung Tieu’s synthesis provokes a reflection on the notion of victim and perpetrator.

Delving into the impossibility of knowing, the heard but not seen, belief systems and conspiracy theories, Sound TV leaves us asking: when a sound is indefinitely reverberated, who thinks of doubting their ears? (2) 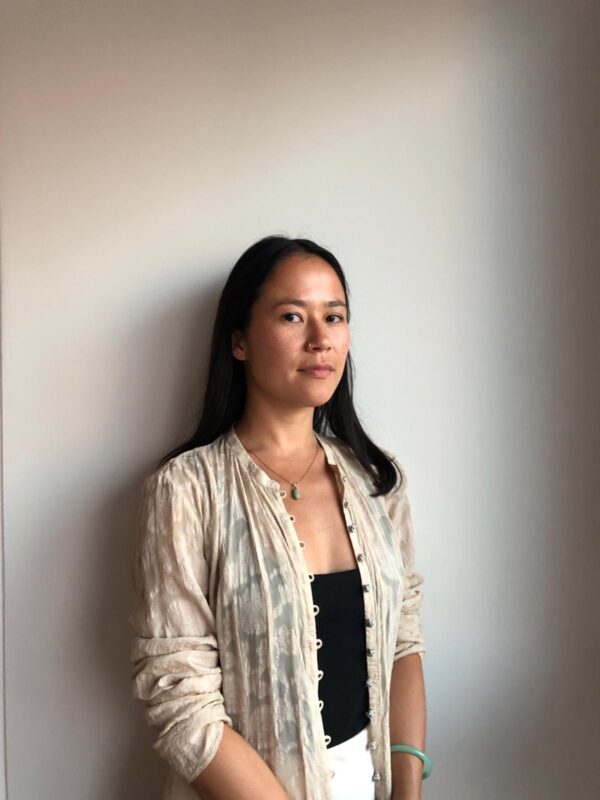 Jade Barget is a cultural worker and researcher based between London and Paris. Her research centres on the sensuous exchange between viewer and film, embodied spectatorship and affect. She holds a specific interest in moving image culture and performance practices.

In 2020, she co-curated Nameless. echoes, specters, hisses for XING and Sets and Scenarios for Nottingham Contemporary, and graduated from the Curating Contemporary Art department at the Royal College of Art, London, with distinctions. She has written for AQNB, Unseen and Untitled-Folder. jade.barget.com